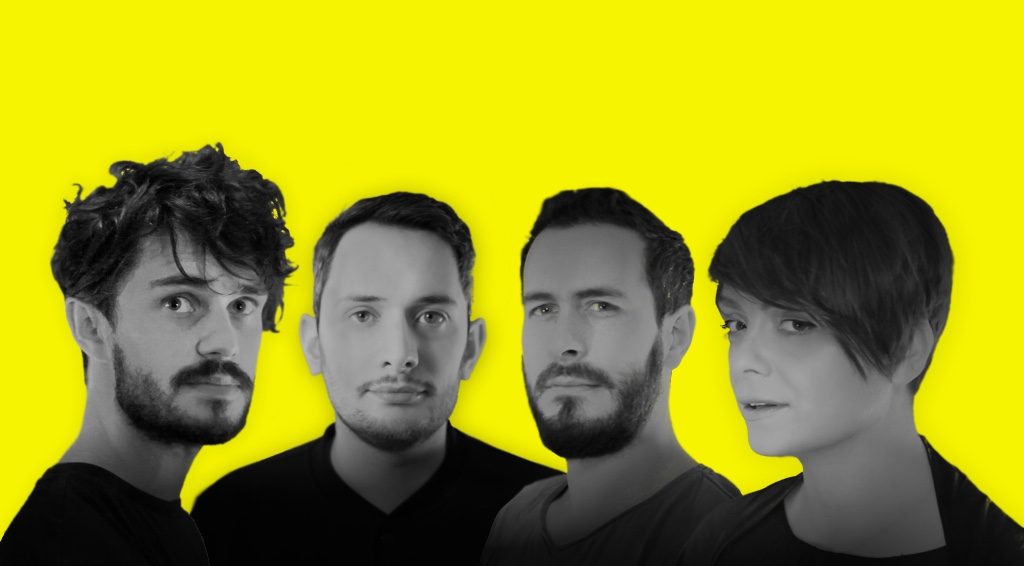 Just twelve months after the four-piece burst onto the UK music scene with their acclaimed debut single Dismount, neon-lit geometric pop purveyors Joy Atlas are set to release their third single Drop Your Sword, their most vital and distinctive song to date.

This near three-minute delight displays a smart and evolving sound that is brimming with imagination. Joy Atlas’ colourful, hyper-musical palette encircles Beccy Owen’s elastic voice, this time finding it in a more fragile temper as it soars high above an angular hybrid of intricate bass lines, skeletal beats and beaming synths that all swoop and loop into a dense, harmonic crescendo. Drop Your Sword further demonstrates Joy Atlas as a textured, enigmatic band who have already been compared to the likes of Bjork, Field Music and Goldfrapp,

Over the past twelve months Joy Atlas have been winning over an army of global listeners by pedaling their refreshing electro-pop via a series of sold-out live performances, international premieres and prime-time radio play. The members of Joy Atlas have previously been championed by NME, BBC6 Introducing, Radio 3, Radio 4 and The Culture Show. They’ve shared stages with the likes of John Grant, Maximo Park, Elvis Costello, Portico and The Unthanks, and their new single is a prime example of a band distilling their array of influences into a singular, intriguing sound.