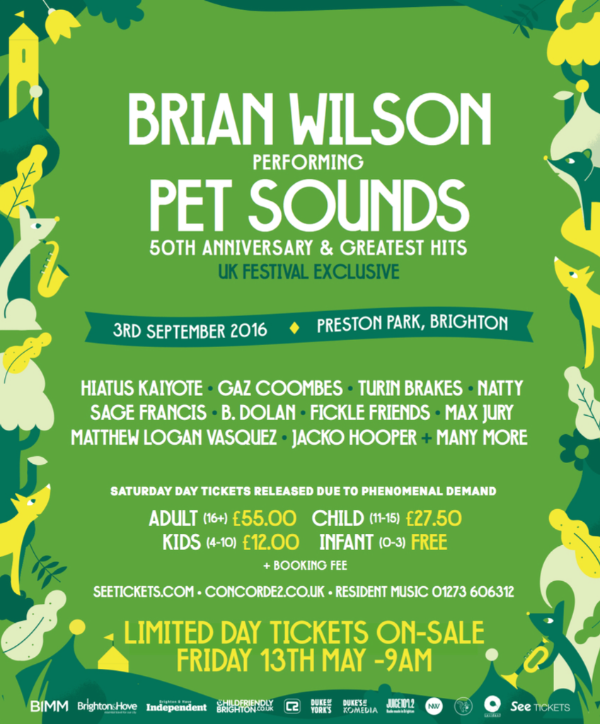 Due to overwhelming demand, limited saver day tickets are to be released for Brian Wilson’s UK Festival Exclusive performance of The Beach Boys’ classic album Pet Sounds at Together the People 2016.

Day tickets for Saturday 3rd September will be available from 9am this Friday 13th May at a Saver Price of just £55 for Adults / £27.50 for Child / £12.00 for Kids / Infants go free, via: www.seetickets.com/content/together-the-people

Other acts performing on that day are: Hiatus Kaiyote, Gaz Coombes, Natty, B. Dolan & Sage Francis, Fickle Friends and many more.

Together The People Festival will return to Preston Park in Brighton for it’s second year this September 3rd & 4th, headlined with a UK festival exclusive of Brian Wilson performing Pet Sounds for the album’s 50th anniversary.

The first wave of artists announced for Together The People 2016 are:

PLUS MANY more acts still to be announced

The family-friendly festival is open to all ages and will host three music stages and welcome back theIncredible Moving Picturehouse Cinema. 2016 will also see the return of the Soapbox stage hosting a selection of talks, debates, poetry, spoken word and acoustic performances from local contributors and beyond.

Together The People is an independent, greenfield, non camping, music and arts festival taking place in Preston Park, Brighton on Saturday 3rd and Sunday 4th September 2016. The primary focus is to celebrate music, food, community, film and arts within the city of Brighton by delivering a high quality, creative, family friendly and socially aware event. In 2015 the festival was powered by bio-diesel & solar technology, re-cycled over 5.3 tonnes of waste and generated over £2,000 in public donations for local homeless charity ‘Brighton Housing Trust’.

Tickets can be purchased via the following outlets: 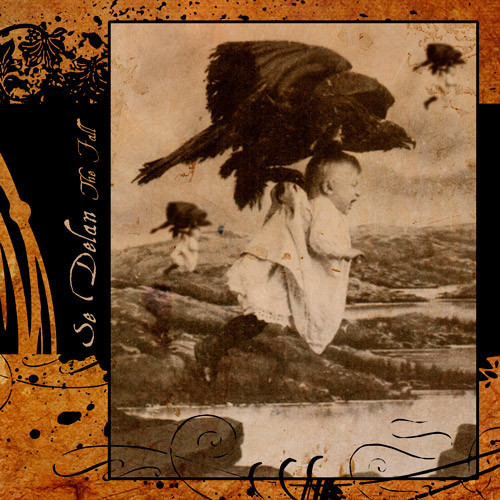