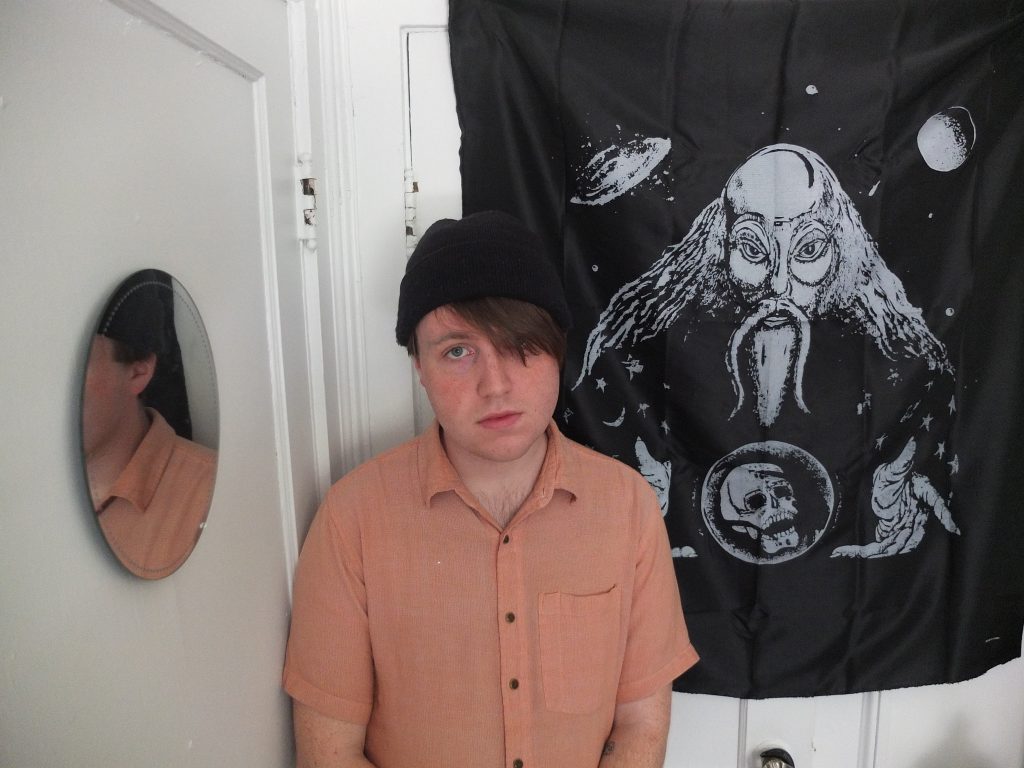 Joy Void Recordings is excited to announce their newest signing, Richmond, Virginia’sCat Be Damned. The label will release Daydreams in a Roach Motel on cassette on May 20, 2016, pre-order is available now. Stereogum is streaming “Soft Collision” off the upcoming album today, calling it “an evocative lullaby, sleepy and warm.”

Erik Phillips is Cat Be Damned, a lo-fi bedroom pop songwriter from Richmond, Virginia. On his first release for Joy Void Recordings, Daydreams in a Roach Motel, Phillips explores social anxiety, isolation and a secular perspective of Christian themes across eight concise tracks, inspired by Elliott Smith, Neil Young and Isaac Brock. Recorded by Phillips between his apartment in Richmond and his parent’s kitchen in Spotsylvania County, Virginia over a four day period in November 2015, he also played everything on Daydreams.

Much of the album’s creative work and inspiration came to Phillips while he worked as a sign spinner in Virginia, holding large arrows on the roadside for hours at a time, directing potential buyers to housing developments and listening to music the entire time. He describes Cat Be Damned as a “very Virginia-centric project”, crediting his family’s connections to the state’s rural mountain areas and how he felt living and creating art alone in Spotsylvania County, Virginia, rather than being influenced by a particular music scene.

half•alive ANNOUNCE “in Florescence” EP OUT MAY 1ST