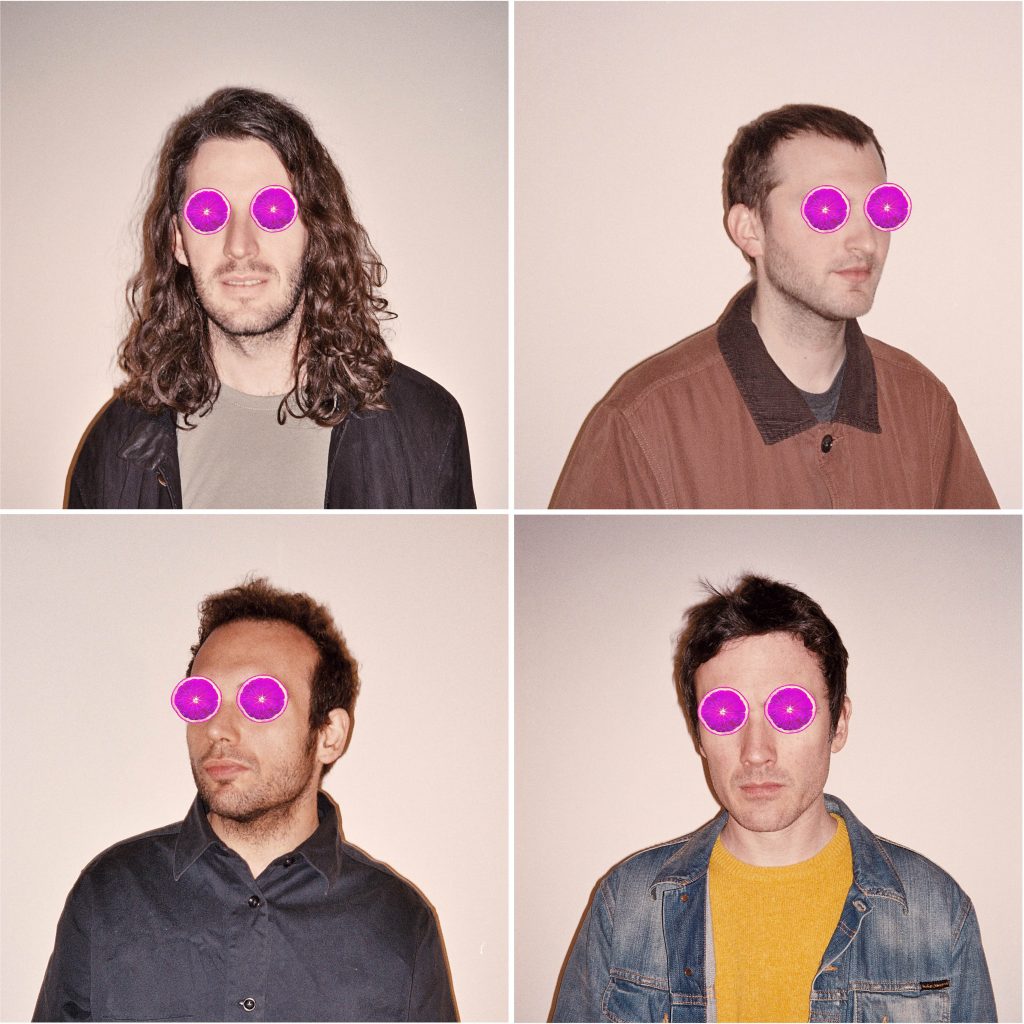 Cairobi have announced their new single Lupo, which will be available on 1stJuly, and debut self-titled album Cairobi released on 16th September through Week of Wonders. They have also announced a headline show at London’s Birthdays on 25th July.
Cairobi are a headily eclectic globe-crossing fourpiece of Giorgio Poti (vocals, guitars), Alessandro Marrosu (bass), Salvador Garza (keys) and Aurelien Bernard (drums). Their psych-pop, world music bordering sound reflects their various backgrounds from Italy and Mexico via France, and has received support from the likes of 6Music and Huw Stephens at Radio1.

Lupo follows the bands 2014 Distant Fire EP and the single Gristly Words, which is taken from their forthcoming debut record along with EP track Zoraide.Lupo is a hypnotically lush yet despondently exultant track featuring exotic grooves and synth-dappled psychedelic haziness and can be listened to hereLupo.

Their debut self-produced album was written in Berlin and, fittingly with their diverse nationalities, was recorded between Berlin, London, Rome and New York. Music and this resulting album was Giorgio’s means of finding his way through health problems, as after relocating to Berlin, he started to suffer frequent, violent migraines that would incapacitate him for an average of twelve days a month.

“I could either stay still, in silence, eyes shut, or take the medication and hope it worked so I could move on with my day,” he recalls. “Even when the medicine worked, it would make me extremely sleepy, so some of the music and lyrics on this record were written in a state of drowsiness. That part wasn’t particularly fun, but maybe it helped me get rid of some filters. Luckily, the headaches stopped after about a year.”

The finished record has an inventive hazy psychedelic sound with gorgeous pop-song structures and experimental arrangements, yet there is also an intriguing, melodious melancholy across the 11-tracks. The full tracklisting forCairobi is as follows:

Following live dates last year, the band are already confirmed for two UK headline shows in July along with performances at summer festivals. Full lives dates announced so far are as follows: