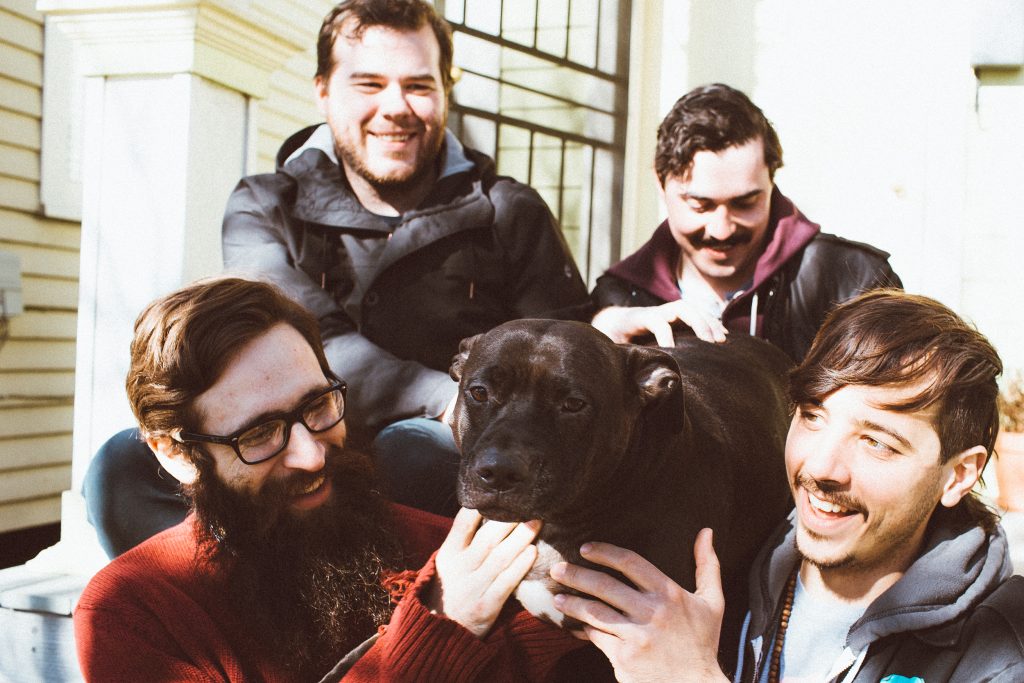 All People are excited to share “Moonsteps,” the latest Daniel “D-Ray” Ray led single from the band’s upcoming self-titled album. Due out on May 20th via Community Records, the New Orleans quartet premiered the single with Punktastic, offering a different look at the band’s expansive sound, a soaring mix of spaced out dream pop and punk. According to D-Ray, the song is about watching the TV show Friends and learning life lessons from his parents… standard punk stuff really.
ABOUT ALL PEOPLE:

“This music creates an introspective feeling both sonically and lyrically to explore the frustration that comes from having a lack of control.” – Stereogum

“The songs could easily represent teenage punk sensibilities, ennui and self deprecation, but the band mines darker experiences for the material on their latest album” – Culture Collide