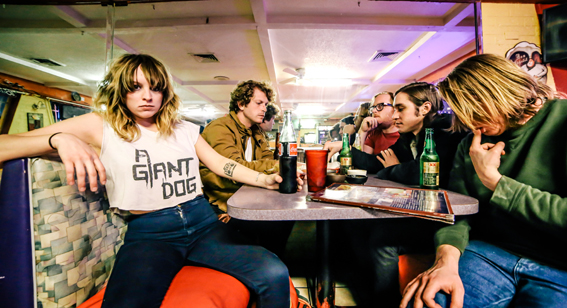 A Giant Dog have shared the second video from their Merge debut Pile via Brooklyn Vegan.  “Our new video for ‘Sleep When Dead’ is like Soul Train on acid,” said Sabrina Ellis of AGD. “A chaotic cage match of disco vs. punk. You feel wide awake but know you’re dreaming because everything feels a little wrong.”
Watch and share the video for “Sleep When Dead” HERE

Read the interviews with A Giant Dog in two of their hometown papers, the Austin Chronicle and the Austin American-Statesman, as well as at Bandcamp which wrote ofPile: “The songs live at the intersection of punk, glam and power pop—big, bright and boisterous.”

Watch the sparkly and energetic video for “Sex & Drugs” and a live performance of“Jizzney” from KUTX.

“Pile isn’t a purely retro pleasure: Even a party-hardy anthem like “Sex & Drugs” has flashes of healthy introspection mixed in with all the tales of rock n’ roll excess, making for a bacchanalia-boogie stomper that looks to the past while blazing into the future.” —Wired.com

Pre-order Pile now on CD and LP in the Merge store, and digitally at iTunes. 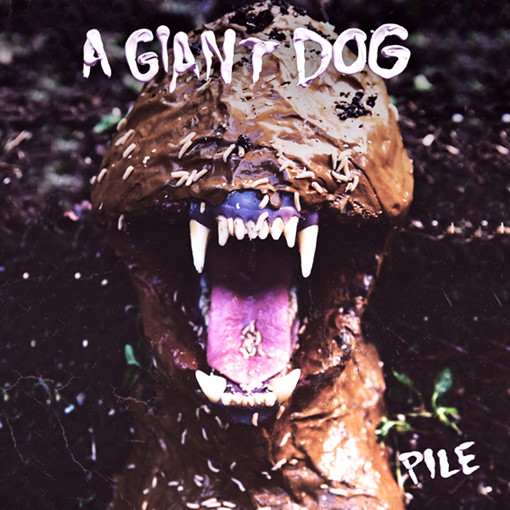