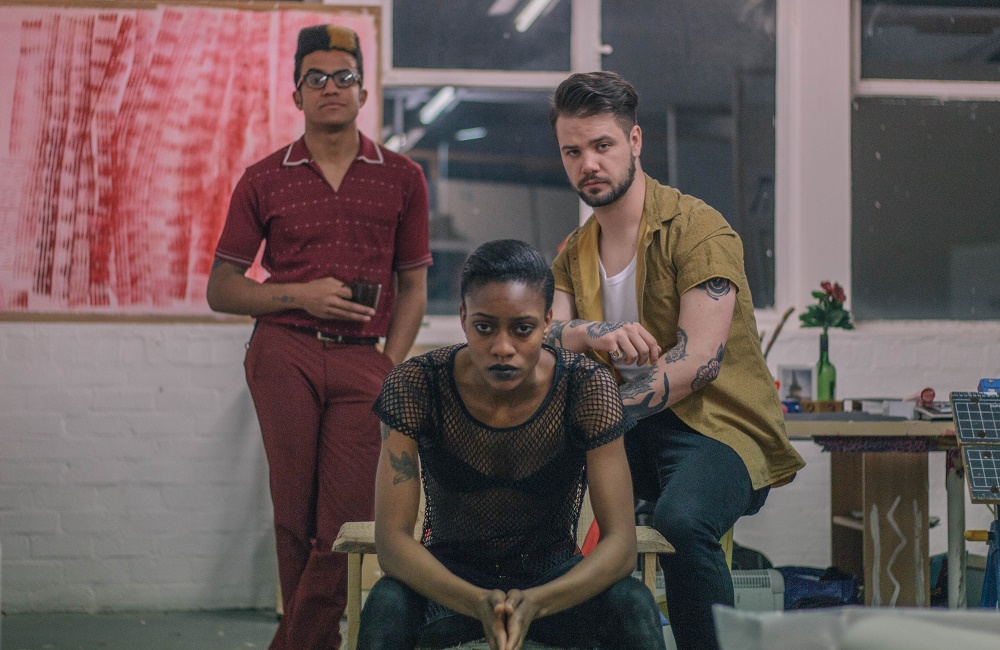 Birmingham noise-punk trio YOUTH MAN are extremely pleased to announce that their new EP ‘Wax’ will be released on 1st July 2016 on VENN Records, the independent label owned by visceral punks Gallows and home to releases from Heck, Marmozets, Milk Teeth, Moose Blood and more.

Fans can get a taster of the new EP – which was recorded completely live in one session – on frenetic and caustic new track ‘Fat Dead Elvis’. It’s a typically oppressive and raw cut from the band, dripping in overdriven scuzzy guitars and trashy cymbals that highlight their off-kilter approach to punk.

Released digitally and on limited edition 300 pressing 12″ on frosted clear wax, the record features artwork by drummer Marcus Perks – an original sculpture made of clay, candles, dentures and googly eyes. The band also took a ton of polaroids during the recording process which will be exclusively available in a booklet that is ONLY available with the vinyl copy of the EP – preorders are on sale now: http://hyperurl.co/YouthManBundle
Commenting on the unorthodox recording sessions that lead to the completion of the new record, the band explain in more detail: “With ‘Wax’ we wanted to make a record that properly captured our live sound. We wrote the tracks in between tours last year and playing them live felt good for us, so we extended that vibe to the studio and recorded the EP through the night in one live session. They’re night time songs. We wrote them at night and play them at night and you can hear that on the songs.”

Their dedication to presenting an honest and undiluted version of their music has led to them charming critics and audiences alike, with the new EP stacking up critical praise from Rolling Stone, Alternative Press, BBC Radio One, NME, Clash Magazine, Artrocker, Drowned In Sound, Rock Sound, DIY and many more.