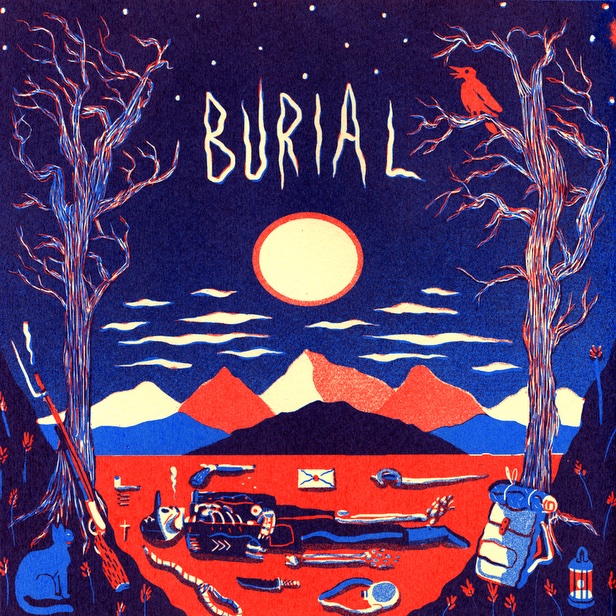 ‘Burial’ is the first teaser track to be taken from UK quintet Wooden Arm’s forthcoming debut album ’Trick of the Light’, planned for release late 2016.

‘Burial’ is indicative of Wooden Arm’s sound. Drawing from alternative, classical trip-hop music, the band blend the melancholy of The National, the layerd string arrangements and gentle percussion of Tindersticks, the sparse soundscapes of Sigur Rós and the beats of Portishead.

Inspired by an Edgar Allen Poe story ‘Burial’ lulls the listener into a somniferous somber lullaby in its first section, a peace which is broken by a pulsating trip-hop heart-beat bassline. ‘Burial’ continues to ramp up a sense of dread until finally it culminates in a furious, cacophonous clattering of sound.

‘Burial’ is officially released on 27 May via iTunes and Spotify. It can be streamed and shared via Soundcloud now:

This new sonic palette is markedly more contemporary for the band, and heralds something of a departure from the classical chamber music stylings of the first album. Wooden Arms’ instrumentation has grown to include more electronic production elements. This recording sees the band decidedly shake off the shackles of ‘folk music’ pigeonholing, towards something newer, darker, more strange.

Not only has the sound shifted to a more contemporary texture but the way the pieces are composed has changed. The focus has shifted from classically trained pianist Alex Carson to a writing trio between Alex Carson, Jeff Smith (Trumpet & Guitar) and Alex Mackenzie (Drums). This more collaborative style of writing has led to a more refined, honed sound which can be heard on their debut single ‘Burial’ taken from their forthcoming album ‘Trick of the Light’ planned for release later this year.