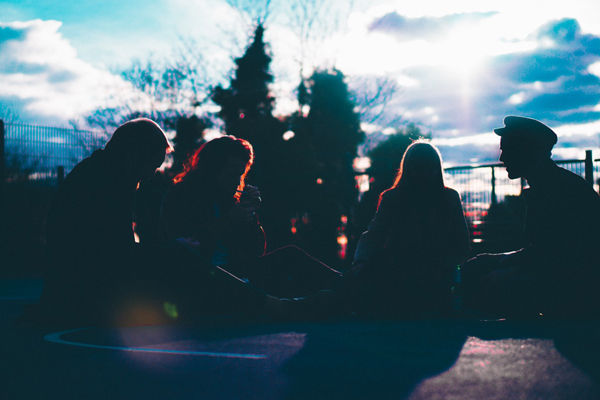 TUESDAY 31 MAY – THE SHACKLEWELL ARMS, LONDON

whenyoung release their debut single ‘See How They Run’ on 22 April, a bold, brash and brilliant introduction to the band’s catchy, hooky, alternative pop.

The band have now shared ‘See How They Run’ video, directed by ‘sblood. (The 1975, Is Tropical, Ghostpoet)

whenyoung have confirmed two shows in May, with more to be announced soon.

Thursday May 19th, The Alternative Great Escape, The Globe, Brighton.

Do you remember when you were young? Do you remember that very distinctive mixed and contradictory feeling of fearlessness and doubt, of possibility and uncertainty, of freedom and pressure, of determination and flippancy?
Do you remember?
Well, these feelings are still fresh for whenyoung. They found that getting together and holing themselves up for months in a studio was the best way for them to make some sense of it all.
All those contradictions reveal themselves in their songs, where the music fizzes with youthful abandon and urgency while the lyrics tell quite a different story.