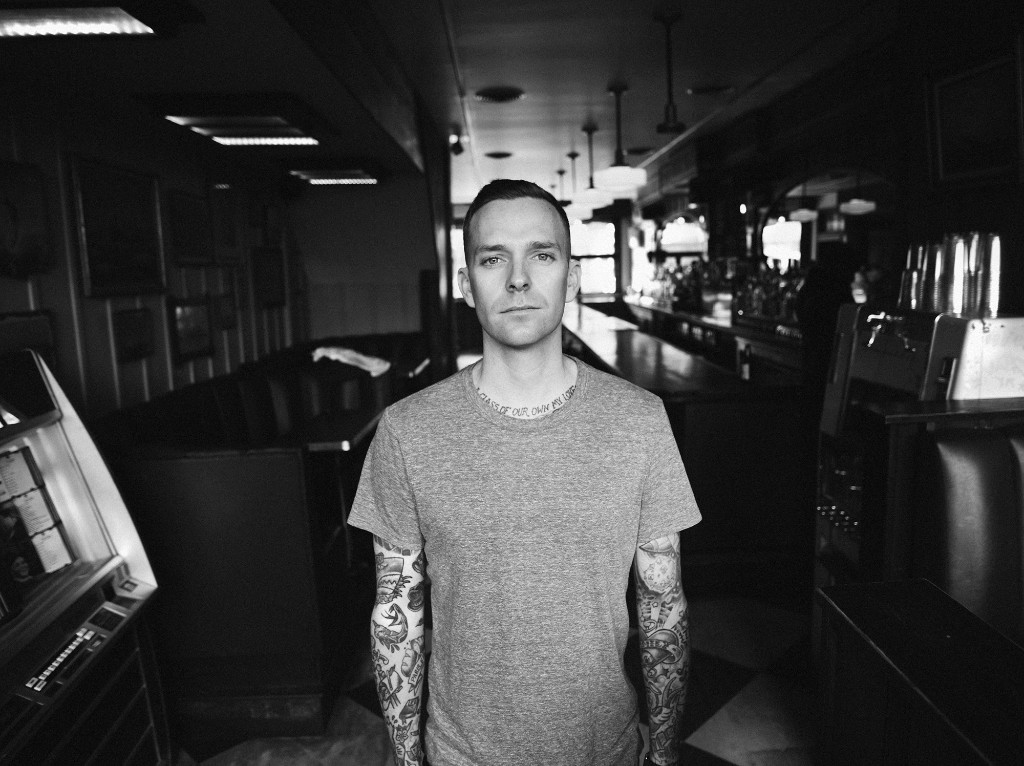 Taken from Debut Solo LP ‘Survivor’s Guilt’
Out May 27, 2016 via Big Scary Monsters

‘Burn It Down,’ the first single off of Vinnie Caruana‘s debut solo LP, Survivor’s Guilt, is now streaming. Long known and well respected in the punk community for fronting The Movielife and I Am The Avalanche, Vinnie is releasing Survivor’s Guilt in North America through Equal Vision Records and in the UK and Europe through Big Scary Monsters on May 27, 2016.

Caruana has also just announced a UK headline tour in May with Murray MacLeod of The Xcertssupporting. Vinnie will be performing songs off ‘Survivor’s Guilt’, as well as songs from his other projects.“I found what I love to do long ago,” he says. “Writing, recording and performing music, traveling, and making friends and memories. I don’t think I’d truly be happy doing anything else. When you look at it that way, what else is really important than to be happy with your life and how you choose to live it.”

That sentiment precisely embodies the spirit in which Caruana wrote his debut solo album, ‘Survivor’s Guilt’. While he may have been alone in writing these songs, however, ‘Survivor’s Guilt’ is not a solo record in the same way as Caruana’s largely acoustic 2013 EP, ‘City By The Sea’, was.  On ‘Survivor’s Guilt’, Caruana plays acoustic and electric guitars, and enlisted the talents of I Am The Avalanche’s Kellen Robson and Brett ‘The Ratt’ Romnes on bass and drums as well.  Romnes also produced and mixed the record and Rx Bandits’ Steve Choi was brought in to add instrumentation and sonic embellishments.

“I feel lucky to be here,” Caruana says, “and I want to live life completely. I want to respect the dead by doing the most with my life. Every time we lose somebody we must be thankful to still be breathing and have a chance at anything. Life’s not always a picnic, but it’s all we have.”  This sentiment, perhaps more than anything else, is the essence of Survivor’s Guilt: Caruana, seizing what life has given him, and making the most of it.  He’s certainly expressed himself powerfully in the past as a founding member of The Movielife and I Am The Avalanche, but the songs he’s crafted on Survivor’s Guilt are striking evidence of Caruana pushing himself creatively far beyond anything he’s written before. “This is my debut full-length record,” Caruana says, “So it’s a huge thing for me. This has been a goal of mine for my entire career, but I’m really happy that I waited this long to make this record, because I had to live life for a while before I was ready to write these songs.”