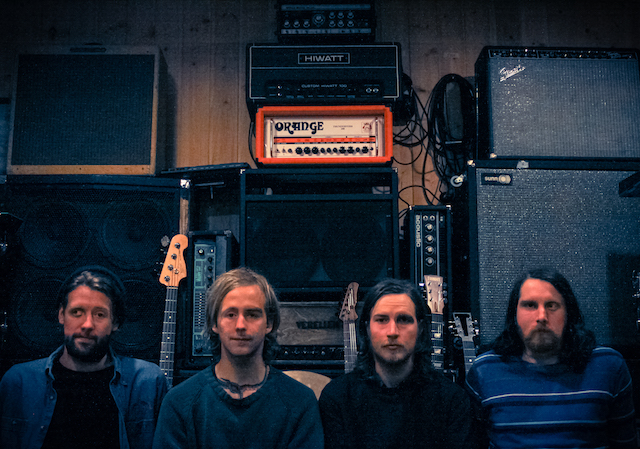 Blessed EP Due Out May 20th

Blessed are excited to announce their upcoming self titled EP will be self released on May 20th, one week into the band’s massive Canadian tour. The Vancouver based punk band’s debut is filled with knotted riffs and crushing dynamics, as evident on lead single, “Waving Hand,” premiering today on Noisey. Skittering between loud and soft moments of jagged post-punk, the song’s anthemic hook is dark and creepy with an infectious melody. The song’s structure takes twists and turns from start to finish, with primal chord progressions pushed by complex rhythmic patterns. Play it over and over again, there’s something new to discover with each listen. Recorded by Curtis Buckoll of Rain City Recorders (White Lung, Japandroids, Baptists), Blessed are next in the long line of great Canadian art punk.

Speaking about the single, Noisey shared:

“Blessed’s sound is weird, noisy and harsh, drawing from surf, rock and post-punk in equal measure. It’s if Radiohead decided to go back to playing guitars and singing actual words with a Siouxsie and the Banshees twist. It’s creepy, but cool, in a way that will make you feel creepy and cool, too.”

Blessed are a new heavy post-punk band that branches into territories including noise and psych, with clean interweaving intricate guitar lines, reaching out from influences including Ought to Interpol to Can. The quartet’s members have been involved in the Fraser Valley music scene, anchored by You Say Party, Teen Daze, and Juno nominated metal act Ancients, for over a decade. While the individual members of the band have toured Canada, the United States, and Europe while supporting artists such as Said the Whale and KEN Mode, Blessed marks a new beginning. Drew Riekman (GSTS!, Oh No! Yoko) and Reuben Houweling (Open Letters, GSTS!) have come together with Jake Holmes (Little Wild) and Mitchell Trainor (Casinos) to collaborate on Blessed, a band the guys believe will surpass anything the four have done individually or together, both in depth of songwriting and strength of performance.

With the past year behind them, Blessed completed three Western Canadian tours on the strength of a 7″ single released by Kingfisher Bluez that included opening for critically acclaimed acts such as The Isotopes, The Courtney’s, and Canadian darlings The Wet Secrets. The band’s debut EP is set to take them across Canada and the United States in 2016 for a massive run of over 100 shows by years end. Supporting a debut EP that is full of sharp staccato, anxiety ridden guitar, ambient passages, and left field time signature shifts, Blessed bounce between breezy, overwhelmingly heavy, and dissonant over the course of the four songs, recorded by Curtis Buckoll of Rain City Recorders (White Lung, Japandroids, Baptists). With obsessive attention to detail, rowdy live performances, and four members driven to play anywhere and everywhere possible, the ambition to spread out to anyone who will have them has never been stronger, and is growing still.