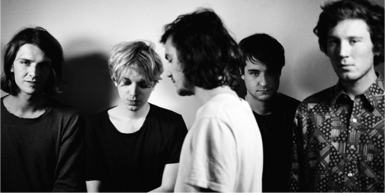 The five young guys from Austria produce sounds with heavy distortion, reminding of alternative indie scenes of the 80sand 90s on both sides of the Atlantic. They describe their music as often: blurry, melancholic, clever, combining indie ethics with traditional songwriting.

Vacation is a brilliant slice of indie pop, showcasing the band’s innate ability to pen a hook, which compliments the voice of the lead singer. Reminiscing of a by gone time, the guitar driven song is moving, nostalgic and effortlessly cool.

Vague have released their first EP titled ‘Tempdays’ last year and 2016 sees them release their debut full length: ‘In The Meantime’. Vacation is the the first release off the album, released through Siluh Records.