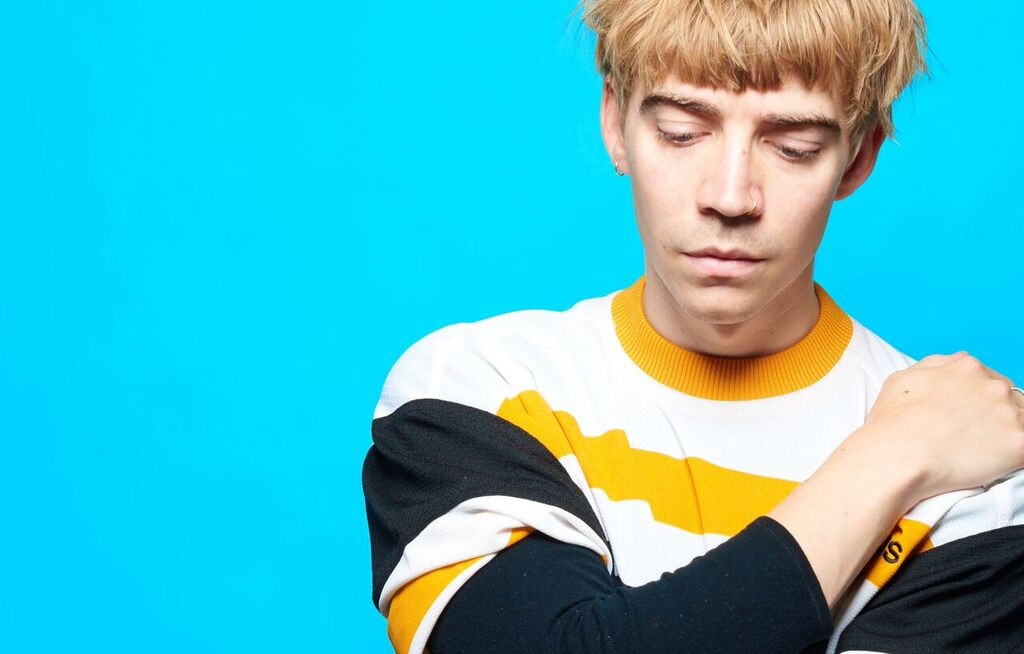 ticktock saying of the video:

“The video was made by director George Nindi and our wonderful friends while on holiday in a cabin by a lake in the south of Sweden. What was in reality the perfect setting for a horror film (9 friends alone in secluded woods by a lake) was turned into pure sci-fi fantasy by Nindi’s colourful imagination. Under Nindi’s direction the rest of us dressed in clothes from my girlfriend’s mad wardrobe to look like members of three different tribes, who partake in a magic ritual in the woods, far from the cities. It’s equal parts low-budget sci-fi fantasy and the best holiday video in the world.”

“We’re intrigued and captivated by the other-worldly music he creates”. Gold Flake Paint

Zieler’s brand of austere electronica takes as many of its cues from sci-fi (from Blade Runner to Iain M. Banks’ Culture series) as it does from pop producers from Timbaland to Grimes. Fault combines grainy samples with polished production – “nature and tech growing together,” as Zieler would have it.

So ‘optinoptoutoptnot’ opens the EP on an unexpectedly low-key fashion, with the startling order “Punch it in my thigh, carry me to sea,” and ‘Stripped of Reuptake Inhibitions’ marries a joyful almost calypso-like melody to politically charged lyrics. Meanwhile, lead single ‘Pastel Clouds’ turns the futuristic R&B sounds of FKA Twigs on its head, its hypnotic stop-start structure only emphasising the dark turns its lyric takes (“I love you waking me, breaking my skin…”).

But as ticktock would have it, there’s hope to be found within Fault Lines five songs. While not lyrically a concept album, Zieler has a very specific vision of the sonic universe in which the EP is set: “Where the last EP was all Ridley Walker, everything-has-fallen stuff, Fault Lines is a future that succeeded,” he explains of his motivations. “Machines think, minds are expanding – and at the same time, it’s all green and lush and in harmony with nature. It’s techno-optimistic sci-fi, really. Hopeful and longing fantasy.”

Tracklist: optinoptoutoptnot / Off the Map / Pastel Clouds / Stripped of Reuptake Inhibitions / Everything Free and Perfect Forever.