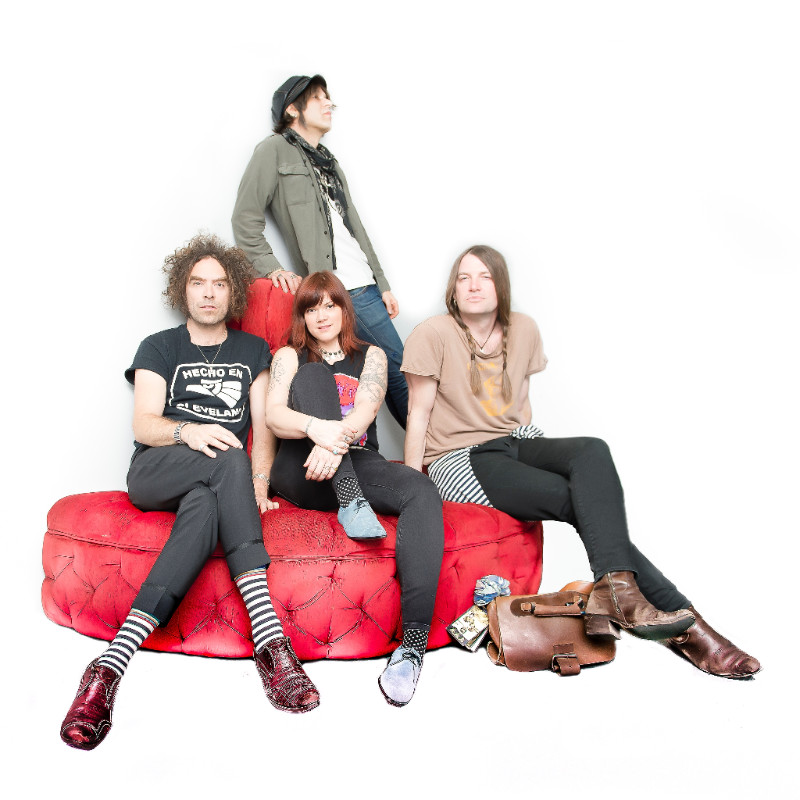 “Still looking dandy after all these years.” – Mojo

“Several steps ahead of being the last swingers in town.” – Q

“Distortland is one of those rare beasts that doesn’t have a single duff track on it.” –Disc of the Day / The Arts Desk

The Dandy Warhols are excited to share a video for their single, You Are Killing Me starring Joe Dallesandro, who is best known for his well known roles in AndyWarhol films. Dallesandro, who also graced the cover of Rolling Stone in 1971, has rarely appeared on camera in the last 20 years making his involvement all the more exciting.

The video was directed by Mark Helfrich who notes: “The concept for the video came out of Courtney’s desire to have a film featuring not only Joe Dallesandro, but furries as well. I thought Joe had the perfect look for a Film Noir setting so I came up with a trippy treatment and everybody signed off on it. The day before shooting, I got a message that Zia was flying to Los Angeles because she wanted to be the Bunny! So Zia’s the Bunny. I was thrilled to work with the iconic Joe Dallesandro. He hasn’t acted much in the past couple of decades, but he wanted to do this project because he digs the Dandy Warhols. It was an honor to direct him.”

The Dandy Warhols release their new album Distortland this Friday 8th April on Dine Alone Records. Hear it today streaming at The Independent and pre-order the album from iTunes, Spotify and all digital retailers.

See The Dandy Warhols live on their UK tour:

Find The Dandy Warhols at: