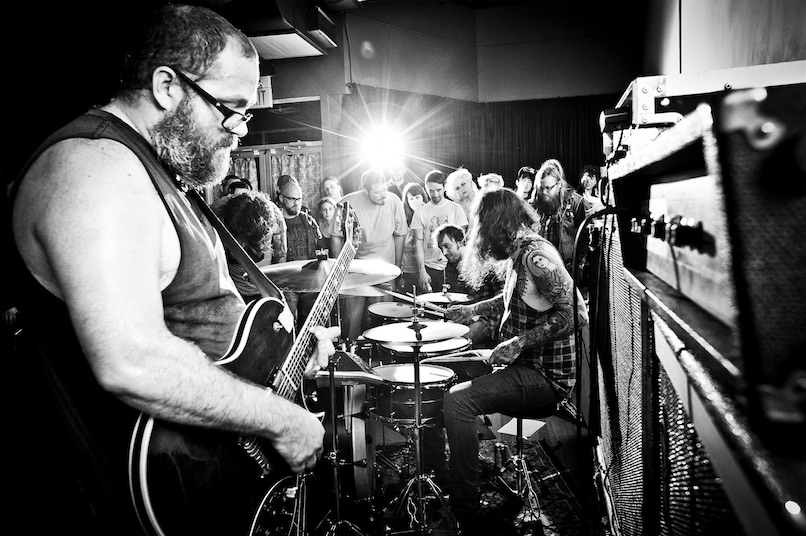 The Body Tour Kicks off in Europe April 6th

Dates co-headline with Full Of Hell

New album “No One Deserves Happiness” out now

“[They] take doom metal as their core template and shred it to pieces until it’s completely unrecognisable.” – Pitchfork

“[No One Deserves Happiness] sees the band take a further leap in conception, scope and delivery.” – FACT

“This album, like everything the band has done, is designed to break us now only for us to thank them later.” – SPIN

“On ‘Starving Deserter’ they casually unleash the best track The Melvins never recorded.” – The Wire

​”…​their most adventurous and all-encompassing material to date.” – Thump

With their European tour kicking off next week, The Portland based metal experimentalists,The Body has just released a gorgeously striking video for the graceful track “The Fall and the Guilt,” taken from their acclaimed new record No One Deserves Happiness. Directed by Joe Martinez (who has also filmed videos for labelmates Tortoise, and Oozing Wound), the video’s visuals, focusing on a couple as they finally embrace, beautifully matches the song’s mournfulness and intense sense of longing.

The Body will be embarking on an extensive co-headline European tour with Full of Hellthroughout this April. including an appearance at Roadburn Festival in Tilburg, Netherlands alongside acts such as Converge, Cult of Luna, The Skull, Paradise Lost, and more. They’ll then be on a North American tour from May, including a set at Moogfest. Full list of dates below.

Within the metal world, The Body are one of the few acts willing to push the boundaries of extreme music. This is none more apparent then with No One Deserves Happiness, which has received high praise from SPIN, NPR Music, The Quietus, FACT, Noisey, Thump,A.V. Club, and The Wire. They are one of the most in-demand bands around: In the past two years, they have joined forces with metal bands Thou, Sandworm, Full of Hell, andKrieg, recorded with Wrekmeister Harmonies, and collaborated with electronic producerThe Haxan Cloak for “I Shall Die Here”. They are currently working on a collaboration with renowned UK dubstep pioneer The Bug. This unexpected list of collaborators and unpredictable touring approach further emphasises the demand for the band’s distinctive sound and their open, explorative nature. 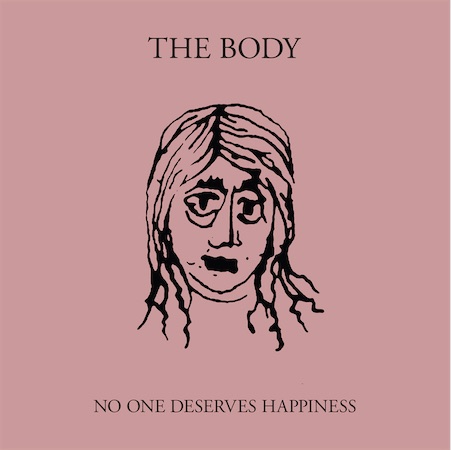 The Body – “No One Deserves Happiness“
Out now via Thrill Jockey
Available on CD / LP / DL
Tracklist:
1. Wanderings
2. Shelter Is Illusory
3. For You
4. Hallow / Hollow
5. Two Snakes
6. Adamah
7. Starving Deserter
8. The Fall and the Guilt
9. Prescience
10. The Myth Arc
The Body on:
Facebook / Bandcamp