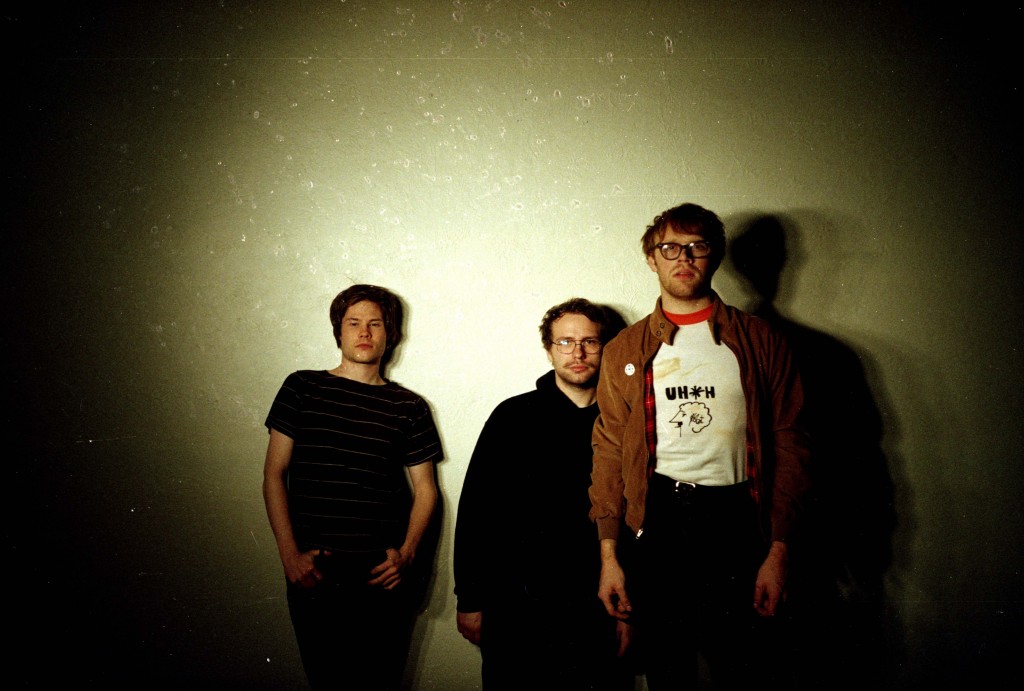 Wisconsin’s most adventurous punks, Tenement, have teamed with Nerdist to stream their new rarities collection, Bruised Music Vol. 2, due out this Friday, April 8th, via Grave Mistake Records and Toxic Pop Records.

Biography:
In the summer of 2009, Appleton, Wisconsin punk group Tenement prepared to embark on yet another trip across the United States in their 1986 Dodge short bus. Like their recording sessions of the time period, their method of travel was often grueling and economical. They played with brutal honesty and they lived with brutal honesty. After a violent incident that resulted in a lot of blood, a lot of broken glass, and the dismissal of half of the rhythm section from the group, this behavioral pattern would ultimately lead to the demise of the first major lineup of the band, and usher in a new era of introspection and experimentation.

In 2011, their first two full length records, Napalm Dream and The Blind Wink, were released only a few months apart and lead to Tenement’s widespread recognition as one of America’s most notable melodic punk bands. Four years later, they released what many critics, from The New York Times to Rolling Stone, viewed as their major statement and first big achievement- Predatory Headlights.  Their new singles collection, brought to you by Grave Mistake Records and Toxic Pop Records, represents the time between the release of their early LPs and their 2015 sprawling double album.

Bruised Music Vol. 2 is not only a collection of singles, but really a collection of transitional tunes that would form the basis of their present sound and distance them from their early juvenile aesthetic and more simplistic approach to the punk idiom. Eric Mayer joined the group on drums at the onset of this period, and two original members Amos Pitsch and Jesse Ponkamo, on guitar and bass respectfully, continued as the melodic force. Much of the material heard within was recorded at home on 8 track machine and cassette recorders; though a small portion of it was engineered and mixed by Napalm Dream andPredatory Headlights‘ production mastermind, Justin Perkins. These selections have a distinct sheen and lend a signature quality to the record as a whole.

You’ll hear the first inkling of Tenement’s interest in the fusion of classical stringed instruments and pop music in “Wouldn’t Let You Go”, an instrumental piece called “Jet Slug” that sits somewhere between Pavement and Ferrante & Teicher, the chunky blown out punk/pop of “Blast Exhaust” and “Taking Everything” which seem too aggressive to label simply as “pop punk” yet too melodic to label as “hardcore”, the acoustic ballad “Your Sway…” with Nick Drake-esque chord patterns. You’ll hear the twinkling pianos of “Perverse Universe” and the jangling, sparkling guitars and lush vocal harmonies of “Paper Airplanes”, and it will sound so achingly familiar yet so hard to generalize or pin down. This is the very sorcery of Tenement, and on Bruised Music Vol. 2, the spell is stronger than ever.