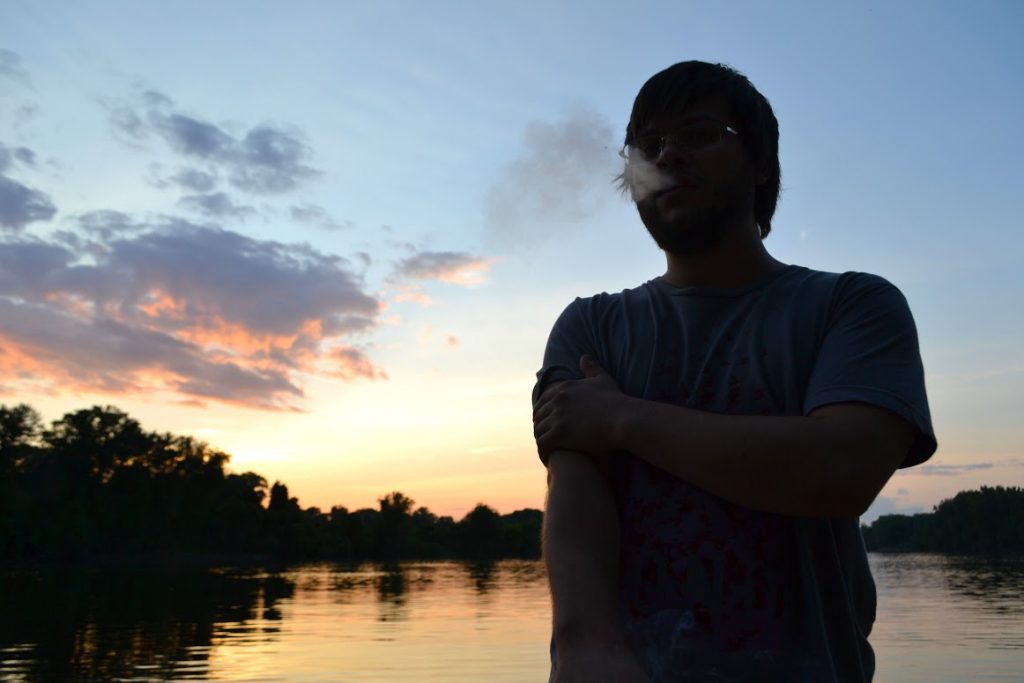 May Tour Dates with Solids & Clique

Is Stupider out now via Exploding In Sound Records

“Is Stupider, which quickly became one of my favorites of last year, is a storming, severely rock & roll debut.” – The Fader’s Leah Mandel
Stove are sharing a video for “Stupidest,” the latest single from their debut album, Is Stupider, out now via Exploding In Sound Records. The FADER, who premiered the video shared, “For the clip, Chicago-based DIY musician Nnamdi Ogbonnaya dreamt up a surreal world in which carrots and broccoli have imposed a reign of terror.”

Speaking about the blast-beat heavy conclusion to the album’s “Stupid” trilogy, Stove’sSteve Hartlett shared, “”‘Stupidest’ is about losing everything and feeling responsible for it all. The weight you feel with nowhere to confide but your half-empty bed.”

Stove will be on tour this May with Solids and Clique. All dates can be found below.

“Has a charming kind of sadness to it.”  – FADER

Stove is a new beginning, a “band” with no preconceived notions, no expectations. Things are getting Stupider, but nothing in the world of Stove is quite as it appears. Is it a band? Is it a solo project? It’s all irrelevant and getting deceivingly Stupider, if you chose to believe that.

Stove’s debut album Is Stupider, was written and performed alone by Stove Van Borden himself… Steve Hartlett. Following the demise of Ovlov, Hartlett wasted no time converting songs previously written for his former band’s sophomore album into his new vision, an ever morphing sound too inspired to stand complacent. With the seeds of a revolving cast of friends and musicians collaborating live, Hartlett recorded Is Stupider himself, tracking the bass, guitar, drums, and vocals on his own during the span of three days this past spring, fatefully concluding on 4/20… a Stupid coincidence… but a coincidence no less.

Recorded and mixed at The Barn in beautiful rural Panton, Vermont with producers Nick Dooley and Dan Francia (both of Brooklyn’s Flagland), Is Stupider is an album of expansive thoughts where the ideas shape themselves. Hartlett’s songwriting travels as far dynamically in tonality as it does emotional depth, achieving the same impact from the song’s fuzzy guitar melodies as their honest lyrics. Exploring the delicate balance of life’s heavier choices vs. the need for a sense of humor and a healthy dose of alcohol and weed, Is Stupider is a view of our world from afar, taking the time to step back and watch the Stupidity of our choices and conventional beliefs with a sarcastic yet hopeful charm.

The album’s art captures the themes and vast sonic textures with a brilliantly vibrant painting from Ben Prisk, the visionary behind Squidbillies impeccable background art. Matching the album’s swirling guitars and hazy outlook, Prisk’s painting is nothing if not radiant… the perfect visual welcome to Stove’s outer-space drift.