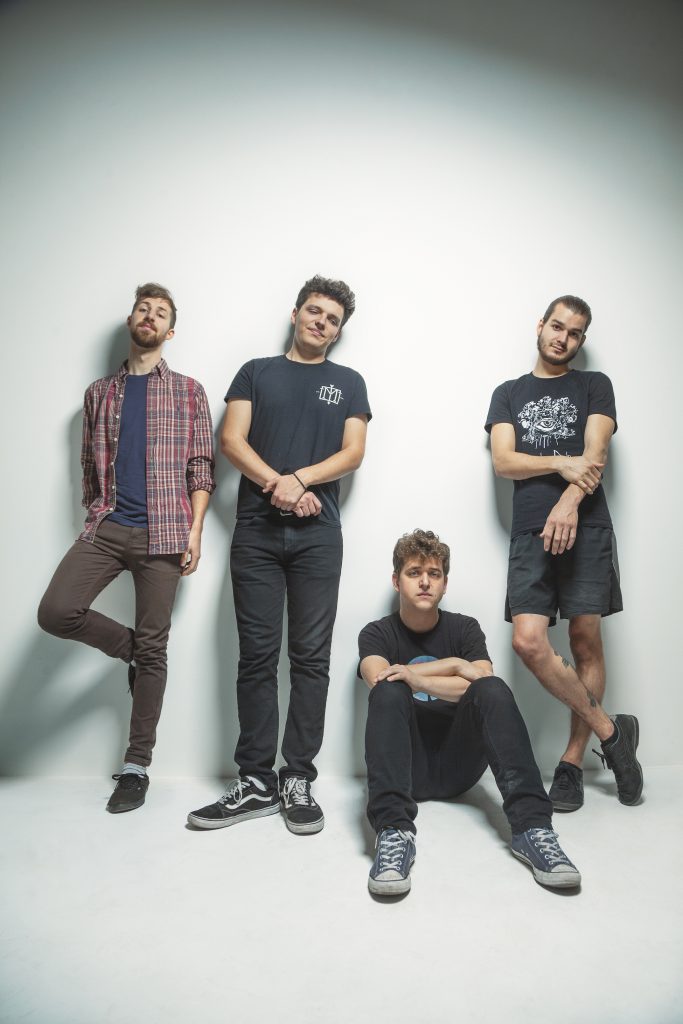 Somos have announced a tour this May, kicking off in Worcester, MA and including at stop at Bled Fest in Howell, MI. A full list of dates can be found below. Tickets to Bled Fest and more information is available HERE.

Reflecting on the new release, vocalist and bassist Michael Fiorentino explains, “We are very proud of ‘First Day Back’. Musically, I think it represents a step forward and highlights a number of new influences and styles. In terms of lyrics, I attempted to incorporate themes of alienation and struggle but also resistance and resilience. We live in trying times, but it’s important to keep in mind that the immense challenges we face as a society exist alongside green shoots of hope. This record is dedicated to all revolutionaries and freedom fighters the world over.”

Formed in 2012 in Boston, MA, Somos consists of Michael Fiorentino (vocals/bass), Phil Haggerty (guitar), Justin Hahn (guitar), and Evan Deges (drums). Since the release of their debut album Temple of Plenty in 2014, the east coast band has been featured with Pitchfork, Noisey, The Boston Globe, and more.