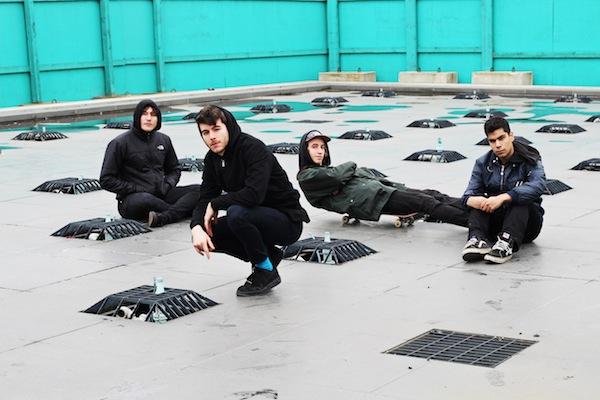 Smooth Ends are a four-piece alternative band based in South East London, formed in 2013 by Kevin Erlicher (vocals/guitar) and Luca Oliva Knight (guitar), both from Argentina, and later joined by Benjamin Vallejos (bass/Chile) and Nico Ariza (drums /USA). After releasing their first EP ‘Magic Johnson’ last year, touring Spain during summer, hosting events and playing many shows in London, they’re releasing their first single of 2016.

The band have unveiled their new video for track ‘Mr Haines’ which you can see in full below.

“The whole concept of the song is based around a character called ‘Mr. Haines’. He’s that guy you see every morning in the tube wearing a suit, he’s the voice behind the speakers, the eyes behind CCTV and the mastermind behind this accelerated and money driven society.”

A taste of great things due from this promising act.