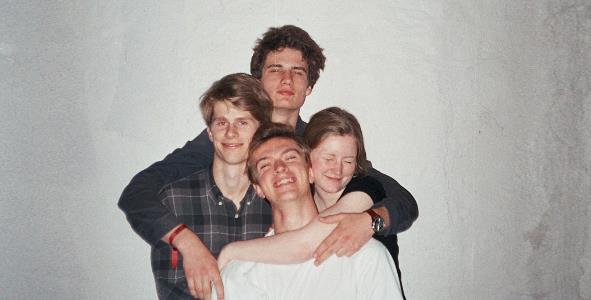 CALM THE FØCK DOWN AND LISTEN TO SLØTFACE

SLØTFACE by name, Slutface by nature. Norway’s favourite fresh-faced feminists return with a new name and single in tow. What’s in a name? Perhaps not as much as what’s in a cause, with latest cut ‘Sponge State’echoing the band’s signature screed with rallying force.

“Sponge State is our term for the feeling that something needs to change,” explains vocalist Haley Shea. “The song is a reaction to the apathy and lack of action that is symptomatic of our generation. It is about the fact that making the world a better place isn’t about sharing a post or tweeting. Social media is a powerful tool for social change, but real change comes about by doing things and being an active participant.

“Specifically, it is meant as an encouragement to our peers. Lots of them say that they wish they could get more engaged, or protest, or that they wish things were more like they were in the 60s and 70s, and I thought a lot of those same things when I was younger. But there are real causes to get engaged in, in the real world, and it is our job, as the generation coming of age, to change things,” she says.

Fresh from a UK Tour with Fufanu (Iceland), Sløtface is announced for a London headline at KOKO on Friday, April 8th as Øya Festival teams up with Club NME; joined by fellow Bergen rockers Great News. TicketsHERE, full details below…