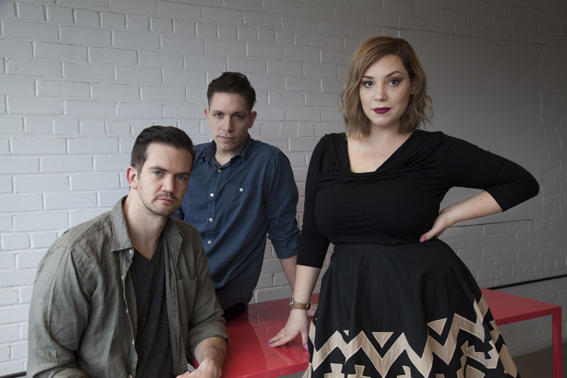 Empty Houses may well be the best-kept secret in Detroit. Until now, the trio has remained almost entirely out of the public eye, crafting the songs that comprise its debut album,Daydream, in relative secrecy, which is ironic considering the sheer infectiousness of their sound and a lingering hunch that their music – a heady, euphoric pastiche of pop Americana that merges everything from soul and doo-wop to funk and indie rock – is about to become beloved by many.
Noisey premiered the first single “Falling Away”

Empty Houses formed in 2014 when vocalist Ali Shea began writing songs with Adam Mercer and David Mackinder, quickly discovering a truly potent chemistry between themselves. United by a love for their regional forebears at Motown, the trio set out to create a timeless breed of feel-good music that pays homage to the past while incorporating modern production savvy. Harnessing the spirit and energy of a bygone era with deft musicianship and Shea’s rich, soulful vocals, they emerged with something wholly unique in contemporary pop. After writing and recording a handful of songs, the band teased one (then titled “Far Away”) online before promptly signing with Sargent House and recording their full-length debut. Recorded in Atlanta with Grammy-winning producer and engineer Graham Marsh (Cee Lo Green, Gnarls Barkley, Bruno Mars), Daydream is Empty Houses’ mission statement writ large; ten jubilant, occasionally bittersweet tracks of unforgettable, hook-laden grooves, acknowledging the best pop music of the past five decades.

Recorded live in the studio with the help of their friend Tymm Rengers on drums, the album captures the fun its creators had making it, spurred by a love for playing which is evident in the very fabric of the songs themselves. Opening salvo “Better of Me”, a sort of lovelorn ultimatum, wastes no time in showcasing Shea’s bold presence. “I’m in demand”, begin the lyrics, and indeed her passionate voice is difficult to resist. “Daydream”, the title track, is a vintage slice of enchanted melancholy propelled by a rhythm that would do the Funk Brothers proud. Elsewhere, the smoky crooner “Mercy” finds Shea lamenting the passing of time, a theme prevalent, not surprisingly, across the album. “Falling Away”, meanwhile, anticipates love yet unknown, with the singer confiding earnestly, “I welcome in the storm that’s been building all my life”. The bluesy reverb-rock of “Rope” channels Shocking Blue at their best, before the sobering heartbreak of piano ballad “Every Word” sets a more pensive tone. The optimistic, finger-snapping closing track, “Thunderstorms”, mines a hopeful vein, fading out to suggest, perhaps, that its sunny exuberance continues on into infinity.

Daydream will be released in the UK on 1st July via Sargent House. 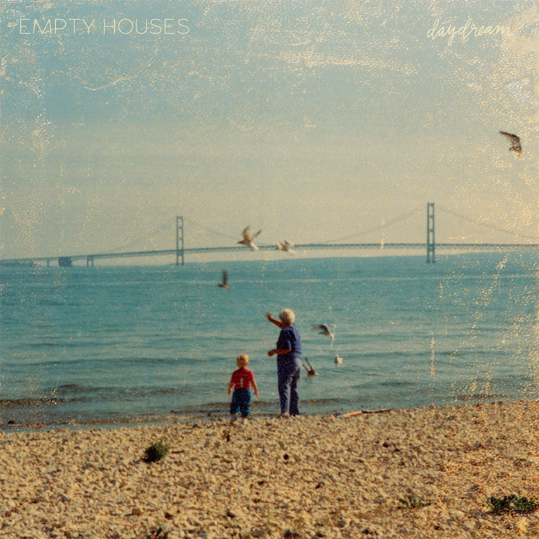