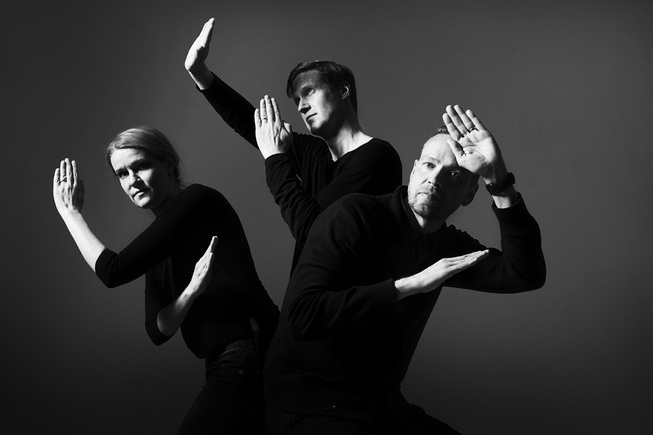 2016 is a big year for Red Sleeping Beauty (named after a song by 80’s Marxist band McCarthy). Following their first live show in two decades, they’re back after nearly 20 years out of the spotlight with a brand new album, Kristina, due out on Labrador Records on 17 June. They will also be heading over to the UK for a very rare live performance to play at the Indietracks Festival in Derbyshire (29-31 July).

The album title is a tribute to band-member Kristina Borg, who struggled with breast cancer over the past few years but is now doing well. Due to her illness, she was not able to appear on the album as much as she would have otherwise and didn’t appear at their come-back concert at Madrid Popfest in March but hopes to be able to join them for other dates they have planned. Singer/guitaristNiklas Angergård explains; “Things are looking brighter now. We hope and believe she will be back at full strength on the next album.”

Red Sleeping Beauty formed in Stockholm in 1989 by singer Kristina Borg, singer/guitarist Niklas Angergård (Acid House Kings), guitarist Mikael Matsson (The Shermans) and bassist Carl-Johan Näsström. Contemporaries with many English counterparts on Sarah Records, they made a huge impact on the international indiepop scene with two fantastic albums and a series of singles and EPs. Their first release was in 1992 with EP Pop Sounds (Marsh Marigold), followed by four 7″s all on different pop labels (Somersault, Motorway, Grimsey, and Sunday) before returning to Marsh-Marigold for the first full length Bedroom. They then signed to the legendary Siesta Records to release their fifth single Sick & Tired, their second album Soundtrack, and a compilation of singles.

Red Sleeping Beauty have always been fans of old drum machines and vintage synthesizers. OnKristina they’ve cultivated their love and set up strict rules for the recordings: only analogue synthesisers and one acoustic guitar allowed. The result is a heartfelt mix of memorable pop melodies and timeless electronica.

Although Kristina is the band’s first album for 19 years, the band members have all still been involved in making music. Niklas has released numerous albums with Acid House Kings on Labrador, whilst Mikael Matsson has released several albums with both The Charade and The Shermans on Skipping Stones Records and Shelflife.

The return is by no means a temporary one. Red Sleeping Beauty are back for good. As Niklas explains; “The writing and recording process has never been more inspiring and Kristina is about ten times better than anything we’ve done in the past. You’ve only just seen the beginning of Red Sleeping Beauty 2.0!”