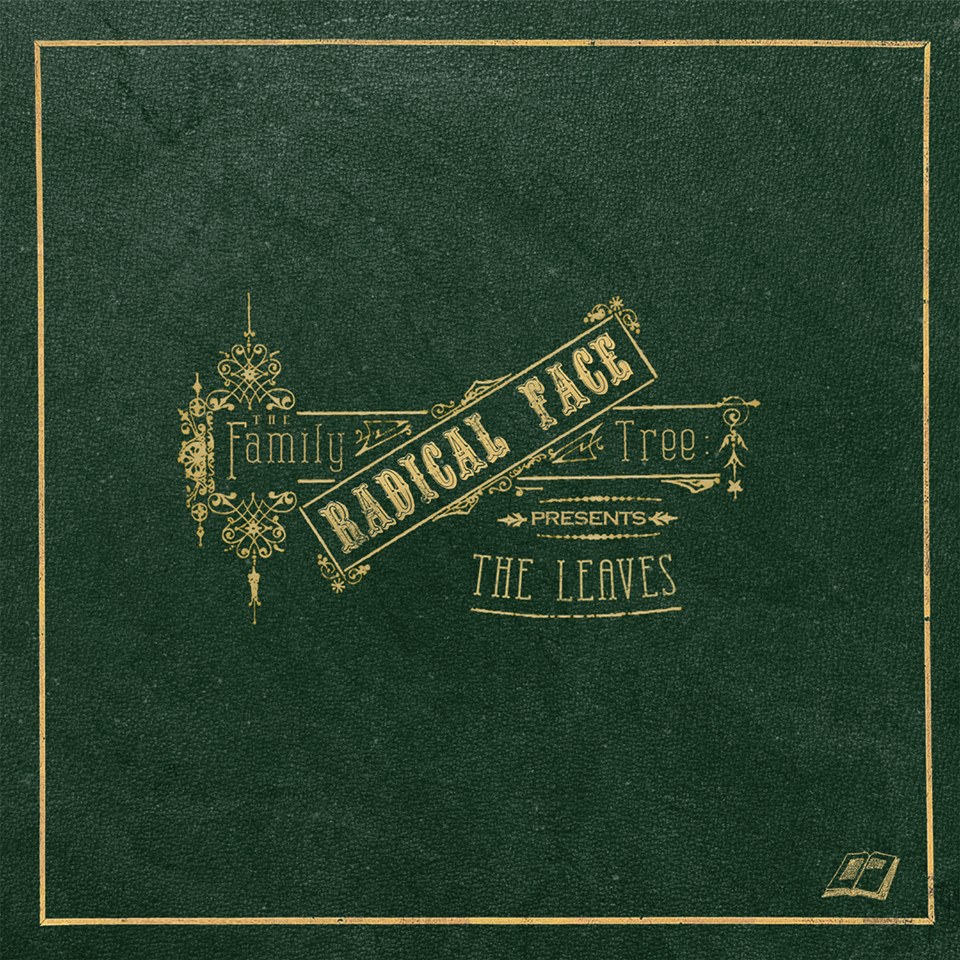 The Family Tree – The Leaves

The Family Tree – The Leaves is the last in the trilogy of albums by Radical Face aka singer/songwriter Ben Cooper in which the stories are all about a fictional 19th century family who have their own stories and a multitude of special powers such as seeing spirits or bringing deceased animals back from the dead although this time, the last part of the trilogy which rather than being all fiction, at times deals with Collins own childhood and elements of things that have happened to him and ends this musical trilogy in fine style.

The album opens up in the most perfect way possible with the stirring Secrets (Cellar Door), a song reminiscent of an in their prime Simon & Garfunkel with a hint of Idlewild about it with some beautiful melodies, heartfelt vocals, intricate guitar playing and rousing strings all represented throughout the songs duration (and don’t forget to check out the video that accompanies this song, a brilliant portrayal of childhood innocence and aching loss) and from then on in, you are transported into some sort of magical land through the power of you own imagination.
This magical land is packed full of melancholy and heartache though but done in a cathartic way such as on the songs Rivers In The Dust and Midnight, both are moving in different ways, melodically inclined but with a bit of a dark undercurrent to them.
It is this dark undercurrent that lends the cathartic feeling to the album ably demonstrated on other songs on the album such as the passionate Third Family Portrait, the brief but urgent The Road To Nowhere and the emotionally charged Old Gemini while songs such as The Ship In Port and instrumental The Leaves have more of a longing and in turn hopeful feeling to them and creates a good juxtaposition of feelings on the album.

The string sections that appear throughout add an at times dramatic and at others soothing feel to the album and when they do appear it is perfectly timed and definitely enhances the feelings that resonate when you listen to the songs.

By the time you reach melancholic album closer Bad Blood, you have listened to an emotional tour de force that is quite like life itself, packed full of beautiful moments but balanced out with heartbreak and makes you realise just how precious life and its memories is and this album has the ability to trigger emotions both good and bad with ease.

The Family Tree – The Leaves is a beautiful album packed full of brilliant melodic songwriting and is an album that is as cathartic and mournful as it is joyous and moving and Radical Face should be rightly applauded for that and for making an album that is as superbly moving as it is.