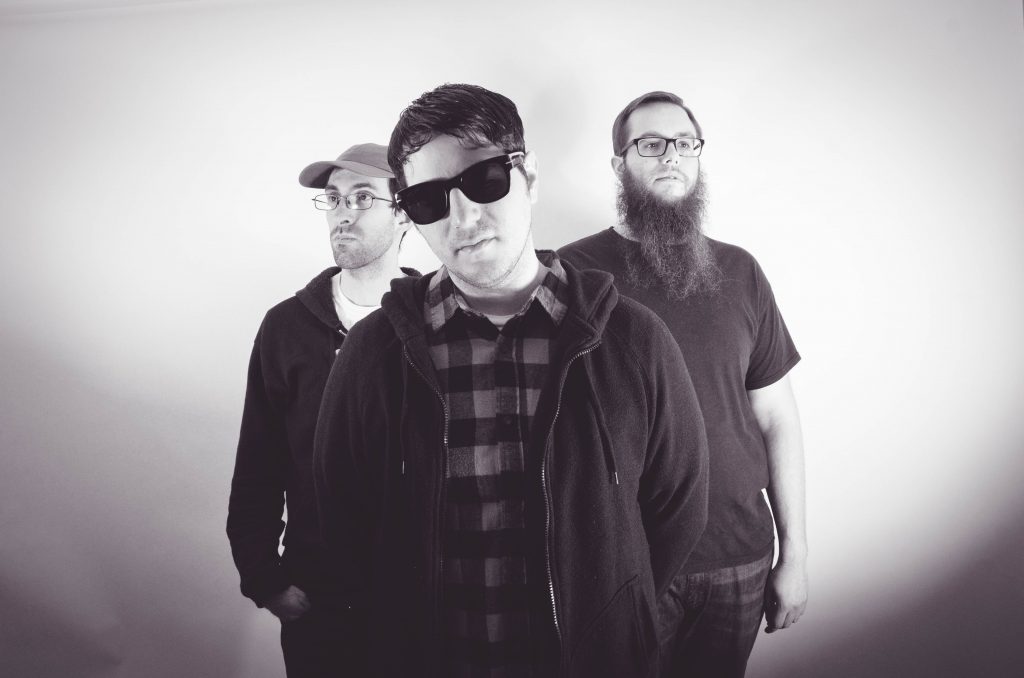 NERVE Due Out May 13th on SRA Records

“Philadelphia’s Psychic Teens resurrect elements of early post-punk in a way that’s earned them a proper title as revivalists: while their music would fit well on an early 80s goth rock mix, it’s also refreshingly distinct from any of the sources it draws on.” – IMPOSE
Psychic Teens recently announced NERVE, the Philadelphia trio’s third album, set for release on May 13th via SRA Records. After sharing their first new single “END” with The FADER (Soundcloud), the trio are back with the menacing opening track, “EVERYTHING”. Making it’s debut via IMPOSE Magazine, the band’s dense blend of gothic post-punk and noise swarm the song from the onset, offering an apocalyptic chaos that slowly burns as it unfolds, layering at times while steadily offering new haunting textures.

IMPOSE shared, “The song opens with a pooling sense of dread bolstered by the crossing of heavily ringing guitars, and singer Larry Ragone admits to being “too tired to speak now.” Soon the refrain of “Now I feel everything” takes over until it’s been repeated almost enough to elicit numbness. It might be overwhelmingly heavy, but Black Wine’s Miranda Taylor enters to offset Rangone’s growl as the backdrop quiets to just the rumble of the bass. There’s a sense of lifting as she mirrors his words smoothly and lightly, and feeling everything begins to feel like more of a liberty than a burden.”

In addition to NERVE, Psychic Teens will release two limited edition 7″ singles for “END” and “EVERYTHING,” all pre-order information can be found below.

NERVE is the third full length from Psychic Teens. Following 2013’s acclaimed COME,NERVE continues the evolution of the band as one of the most striking bands to emerge from Philadelphia’s burgeoning underground music community. Lyrically, the album centers around isolationism and anger towards one’s inability to exist amongst and relate to other people. “There’s a lot of ugly stuff here” shares guitarist/vocalist Larry Ragone. Psychic Teens blend their bleak post-punk and shoegaze influences together for something unforgivingly loud yet bursting with atmosphere and apocalyptic fury.

After releasing the single “FACE” with Reptilian Records in 2014, the band embarked on a short string of tour dates which allowed them to put the finishing touches on this new batch of songs in a live setting. The band then settled in at Gradwell House studio in early 2015 with Steve Poponi (Fight Amp, Into It. Over It.) to record what would evolve into NERVE.

With more focused songwriting and nuanced arrangements, the band expanded on the atmospheric and colossal guitar driven attack they have become known for. Poponi, who has mixed the band in a live setting, added and subtracted elements to help Psychic Teens shape-shift to create an album that satiates appetites for music that is both tuneful and gloomy while maintaining the band’s trademark overdriven and monolithic sound.

NERVE was mastered for vinyl and CD by James Plotkin (Cave In, Oxbow, Jesu) and features a stunning gatefold sleeve with original artwork from French illustrator Amandine Urruty.