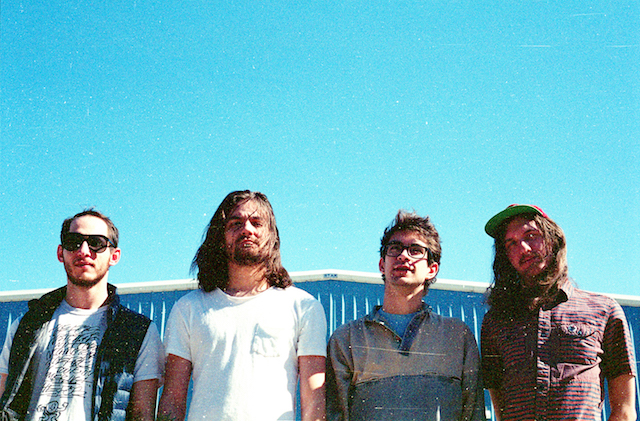 Due Out May 27th via High Dive Records

Psychic Heat are excited to announce their full length debut Sunshower will be released on May 27th via High Dive Records. The Lawrence, KS quartet are sharing the album’s first single “In Two” with Noisey, a fuzzed out joyride into the swirling psych punk sounds of the band. Sunshower is available for pre-order via High Dive’s webstore.

Psychic Heat specialize in a energetic mix of garage punk and psych pop on Sunshowerthat recalls bands ranging from Thee Oh Sees to warped psych of The Zombies. ”In Two” is the perfect introduction to the band’s devious jangle, a song that roars with punk attitude over a catchy hypnotic chug and falsetto assisted hook. Opening the track with an ominous rattle before diving headfirst into their hard charging grooves and infectious melodies, Psychic Heat don’t shy away from the chance to get revved up and spaced out.

Speaking about the single, Noisey called it “a fuzzy, spooky song that, were iPod commercials still a thing that sold iPods, would definitely be featured on one of their ads.” See the colors, feel the sound.

Psychic Heat is a rock band from middle of the map Kansas created by Evan Herd &Tanner Spreer that revels in the mysteries of fuzz-scapes.  With influences both new & old they maintain a sonic balance that is accented by a highly energetic live performance. After releasing their EP Lighter and Brighter in 2015 they quickly turned their attention to their first full length Sunshower being released through High Dive Records. It’s a gritty yet coherent blend of psych-pop and garage-punk. Sunshower is Engineered by Ron Miller (Kid Congo and the Pink Monkey Birds) & mixed/mastered by Kliph Scurlock (previously of the Flaming Lips). They are on tour in 2016 and plan to spread their love for loud and noisy rock-and-roll.

Campfires In Winter release video for ‘Picture of Health’