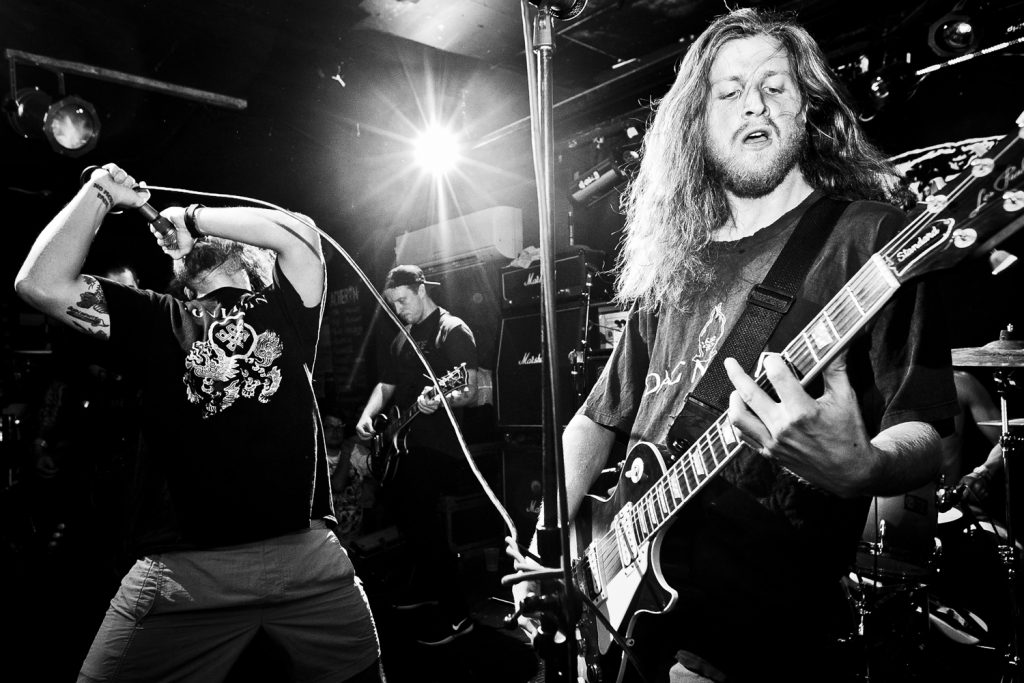 “Leave It All Behind” EP Out May 6th
on REACT! Records

New Noise Magazine have unleashed another new song from Baltimore, Maryland’s melodic hardcore torchbearers, Praise. Entitled “Crash In My Life”, the song features some of the band’s most urgent material of late, revealing their strong ties to their punk roots. The track will appear on their upcoming EP, Leave It All Behind, due out May 6th via REACT! Records.

Lyrically, the song finds frontman Andy Norton confronting his own preconceptions of what life looks like as we get older and what that means for our relationships. He told New Noise, “‘Crash Into My Life’ is a song about realising you might need something that you never thought you wanted.” This honesty has long been a hallmark of the music Praise creates and Leave It All Behind is no different..

Stream “Crash Into My Life” via New Noise Magazine:
http://newnoisemagazine.com/song-premiere-praise-crash-into-my-life/

Elessar Unveil ‘My Skin’ Video Ahead Of ‘Reflections’ EP Release