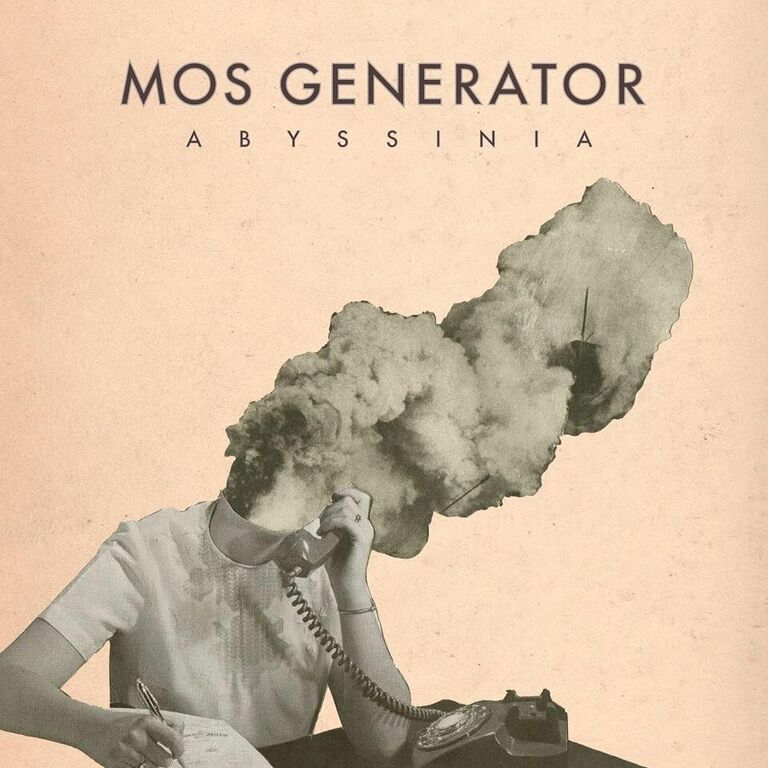 U.S. doom heavy stoner metal band MOS GENERATOR have unveiled the cover artwork of their new full-length album, ‘Abyssinia’, scheduled for a 15th July release.
Tony Reed comments”These new songs show major change and growth for the band, I wanted the cover to represent that as well. I knew it was going to be collage art style and in searching for an image that moved me I came across this untitled piece. Abyssinia is slang for “I’ll be seeing you”. Sometimes my brain feels like the image on the cover.“
In 2014 the band released “Electric Mountain Majesty” on Listenable and played two prestigious festivals in Europe. Freak Valley Festival in Germany in May and the massive Hellfest in June.
2015 brought in a new rhythm section and touring possibilities far beyond the limitations of the original lineup. This new lineup has taken the music of Mos Generator all over the U.S. and Europe more than once. 2016 is already looking like it’s going to top ‘15. ~ Let’s Rock ‘n’ Roll!!!
“It’s as pure an example of heavy rock as I’ve heard.” JJ Koczan – The Obelisk
TRACKLIST IS AS FOLLOWS:
Strangest Times
You’ve Got A Right
Catspaw
Easy Evil
Wicked Willow
As Above So Below
Red Canyons
There’s No Return From Nowhere
Time & Other Thieves
Outlander
LINE UP :
TONY REED / guitar
vocals
keyboards
assorted instruments
SEAN BOOTH / Bass
JON GARRETT / Drums
www.facebook.com/MosGenerator
https://mosgenerator.bandcamp.com/