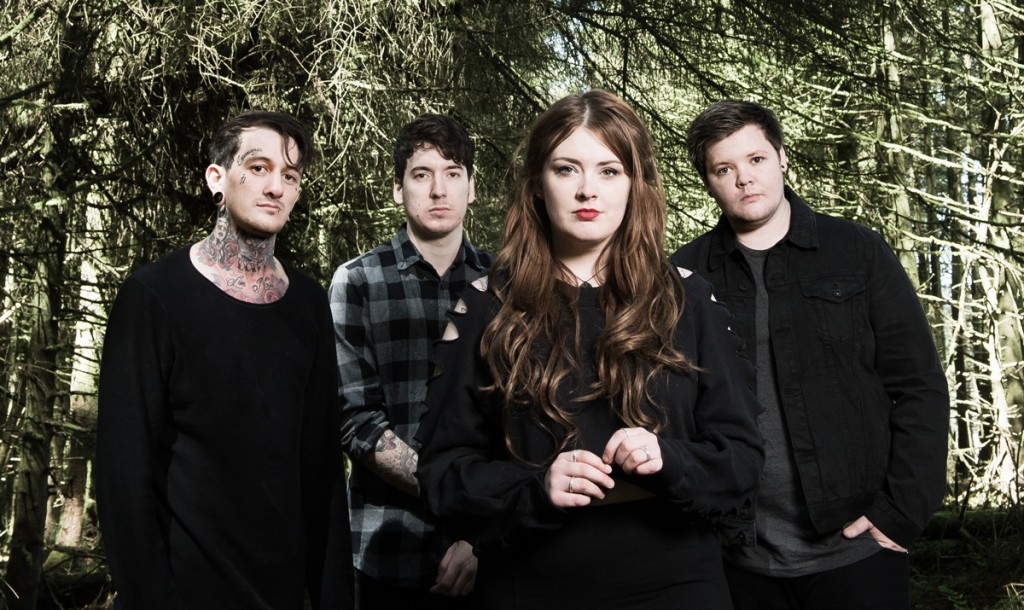 “A stand-out, riff-filled collection of gritty, hard rock numbers” – AlreadyHeard
“Vocalist Emma Gallagher’s illustrious vocal range is unrivalled” – GiggingNI
“One of the bands making the most noise off our shores at the minute” – ChordBlossom

Striding tall out of Northern Ireland’s second largest city with a momentum in their homeland that’s impossible to deny, Derry-based alt-rock four pieceMaking Monsters are extremely pleased to announce that their new EP ‘Bad Blood’ will be released on 13th May 2016 and is available to preorder on iTunes now.

The band can also reveal they will be touring Ireland on a stretch of headline dates this May in support of the new record, with a special EP launch party in their hometown on 14th May – full details below.

To celebrate the news, the band are now sharing an ethereal new video for ‘Better’ – the title track from the record which premiered recently with Daniel P Carter on the BBCR1 Rock Show and also received another spin almost immediately from Phil Taggart on the BBCR1 Introducing show – which encapsulates their otherworldly approach to alternative rock reminiscent of Rival Schools, Skunk Anansie and early Deftones material.

Commenting on releasing new material, the band say: “It’s about time. This EP means a lot to us and marks a new era for the band. We’ve grown up, but things are still a little bit temperamental. We just can’t wait to put it out there and to let everyone hear it. It’s a progression in sound; we’ve had some time to think carefully about our next release and these songs are more mature and well-crafted because of that. We’re confident there’s a bit of something for everyone in there!”

Having spent the last three years sharpening their live show on the road throughout the UK and Ireland with bands such as Young Guns, Silverstein, We Came As Romans, Max Raptor and Skindred, the band most recently finished a full UK tour with Fightstar and Arcane Roots in Oct 2015. After the release of their debut EP ‘Attention’ and three subsequent singles, they’ve already received extensive airplay on BBC Radio One, Across the Line and saw their last single ‘Nosebleed’ featuring on Kerrang! Radio.

Citing influence from the likes of Deftones, Basement, Alexisonfire, Arcane Roots, MuteMath, Taking Back Sunday and Night Verses, their diverse and uniquely organic brand of rock looks fixed to set them apart from the pack of rising hopefuls in 2016, with vocalist Emma Gallagher’s extraordinary range and diversity their ace up the sleeve.