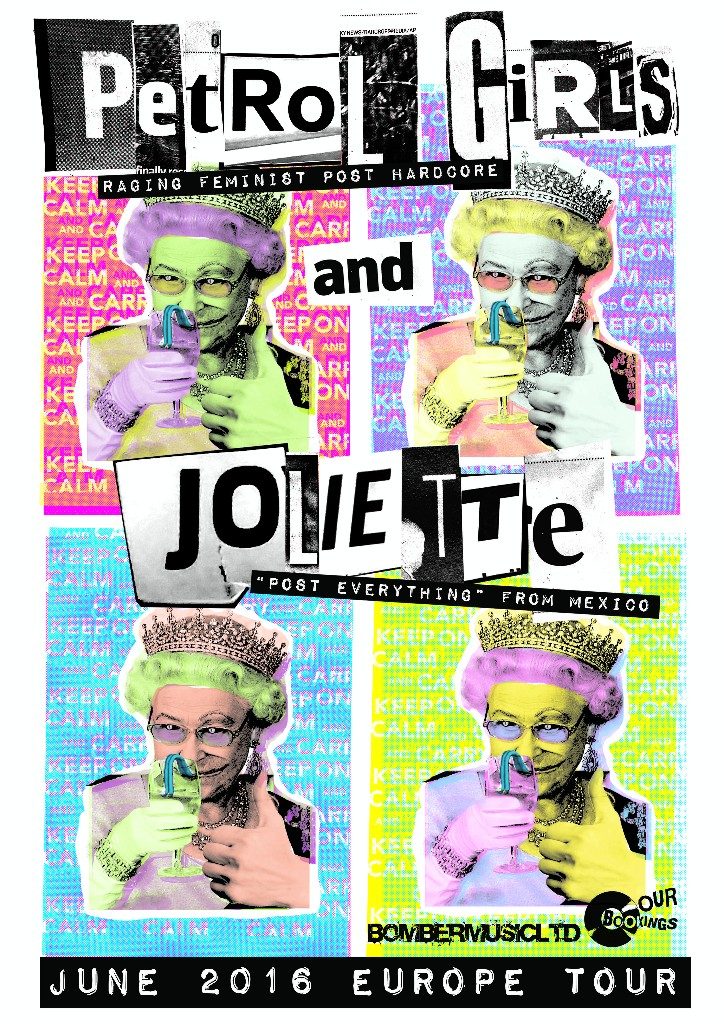 Having released their fervent ‘Some Thing’ EP via Bomber Music earlier this year, Petrol Girls have lined up a run of headline tour dates in June which will see the four-piece relaying their new music and their message to hungry ears in the flesh. They’ve recently been working on a debut album, the release of which is yet to be announced. –

“All four of us are really excited to be touring the UK again after taking quite some time off to record our first album and relocate to different living situations and such. Collectively speaking, some of the band’s  best and closest friends are involved in the UK punk scene, so it’s going to be an overwhelming family reunion. Also, we can’t wait to finally present all the new songs we’ve been working on so hard during the past months.“

Petrol Girls are a feminist post–hardcore band based in South East London. Formed in 2013 for an International Women’s Day gig, Petrol Girls continue to tour regularly around the UK and mainland Europe. Their music combines manic jagged rhythms with vocals that range from furious screaming to intricate melodies and harmonies.. They are known for their explosive live performances,, with influences such as:: Refused, White Lung, Bikini Kill, RVIVR, Propagandhi, At The Drive In and War On Women.

Petrol Girls identify explicitly as a feminist band and draw on personal experiences to challenge and ridicule sexism as well as exploring wider political themes such as alienation, mental health and the current anti-austerity movement.