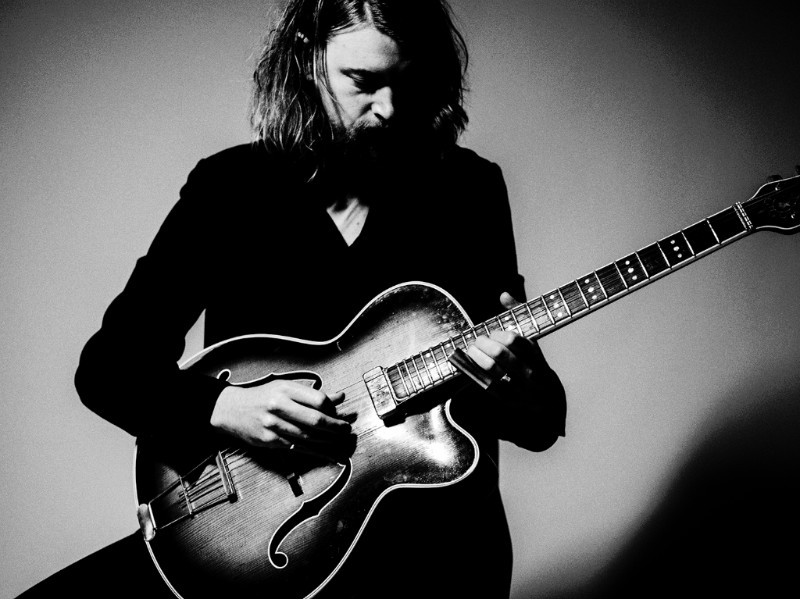 Electric bluesman John J Presley is streaming his take on Tom Waits’ ‘Heart Attack and Vine’. Recorded during a live session, this was laid down in a single take and sees a favourite in the live set immortalised.

Speaking of Tom Waits, Presley explains, “listening to Waits unleashes ideas you didn’t even know you had. He’s a constant inspiration. The groove on Heart Attack and Vine got me the first time I heard it, the phrasing – such a storyteller”.

After releasing two acclaimed singles, and recent EP White Ink, recorded at the legendary Toe Rag Studios, John J Presley is currently finishing his debut album and playing shows across the UK and Europe. Described by BBC Radio 1’s Phil Taggart as fulfilling “music’s need for a new dark lord”, Presley has also seen praise from The Guardian, Q Magazine, Classic Rock Magazine, The Independent, The Quietus and many more.

Live, John J Presley is a powerhouse of fuzz, tone and grandeur alongside moments of delicate song writing and controlled performance. This live take on ‘Heart Attack and Vine’ is a great example of his ability in stripped back form, just one Hofner President and his trusty Fender Twin. See him live at the following dates.