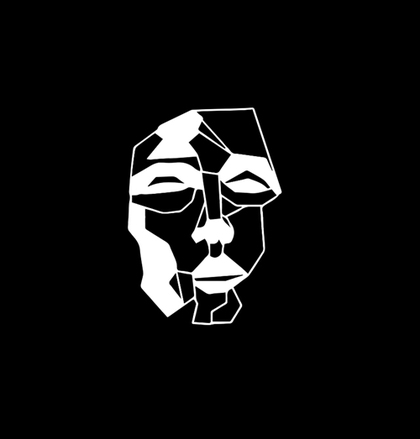 Very hard to pin down, Rex Domino is comfortable playing many roles, all of which gravitate heavily around one thing: words. MC, spoken word performer, poet, lyricist, Rex Domino uses words to paint a pretty bleak picture of the lost generation he is part of. A generation raised on hope only to have its formative years peppered with austerity and a zeitgeist of genuine unease. Instead of music of blind hope and optimism Rex is making music to help rationalise levels of fear and uncertainty.

This notion of ‘Optimistic Defeatism’, as he himself describes it, is a recurring theme in Rex’s lyrics and it can clearly be noticed on ‘Sam’s Spoon’, the fist single taken off his new EP, released on 26th May via Moosehead International Airport / Believe Digital. Rex’s unique and intense delivery of lyrics like “There’s a vast amount of rage/Vast amount of rage there/Unsatisfied feeling waring a wage there” combined with dark and moody sounds represent a perfect introduction to the EP.

For the EP, Rex collaborated with producers Jitter Jazz’s Polar Kid and Stanky. The three were brought together quite randomly by the perhaps unlikely but actually very fitting figure of Scroobius Pip, who mentioned Rex’s work with DJ Yoda on his world-renowned podcast. Rex caught Jitter Jazz’s Polr Kid attention and upon reaching out to him on Twitter, the two started working together, soon joined by Stanky. With the two producers based respectively in Norway and in Reading, this was a collaboration based on mutual admiration and WeTransfer.

The results are of the dark lo-fi electronic kind. Influences of Burial, Aphex Twin and Flying Lotus could be sited alongside that of Micachu and Roots Manuva. Collaboratively they create cinematic nocturnal soundscapes ideal for Rex’s dismal stories. Terms like digital purgatory and broken scanner sum up the trio’s vision for this project.

Rex Domino has confirmed a string of dates in the coming months, with more to be announced soon

Rex Domino is a Lyricist from the South Coast. Rex was chosen to be one of the MC’s on Dj Yoda’s Breakfast Of Champions album dropping him in the deep end at the age of 19. This experience has helped Rex develop a unique style and define himself in a heavily saturated landscape of MC’s. This EP embodies a kind of dance-able melancholy that creates something original and exciting.