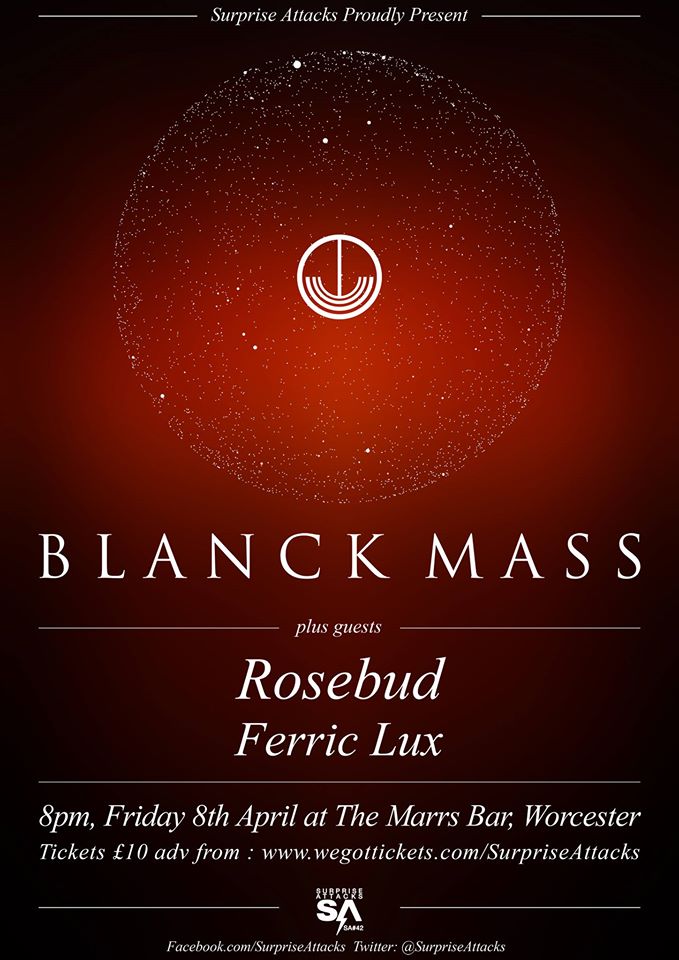 When it was announce that Blanck Mass, aka Benajamin John Power, half of influential electronic duo Fuck Buttons would be playing a hometown gig under his solo guise, anticipation ran high with fans of forward thinking electronic music eager to see such a revered musician in the relatively intimate setting of the Marrs Bar.

Kicking off the night was Birmingham’s Ferric Lux who set the tone nicely for the night with his brand of ambient techno with an abrasive and blackened edge to it. Playing in front of a screen that fired out imagery that matched up with the snaking rhythms that twisted and slithered from the speakers, this was music with a very tribal edge to it that did things at its own rhythmic pace, creating a steadying atmosphere at times but then adding an underlying unsettling feeling when you would least expect, this brand of atmospheric and ultimately hypnotic style of dance music was the perfect way to get things underway.

Next up were local boys Rosebud who obliterated the growing crowd with a set of glitchy and harsh noise that saw their masked frontman growling at anyone who dared glance his way, stalking the dance-floor intensely and creating an atmosphere that mimicked the feverish music erupting from the two other masked figures from behind their decks. Musically the trio make a confrontational noise with their dark mixture of industrial and dub elements that is packed full of the energy and attitude of punk and this combined with their intense stage presence made for a performance that you couldn’t take your eyes off, soundtracked with some of the dirtiest noise you will hear all year and if one moment summed up the chaotic nature of Rosebud in the live environment is when two of the members engaged in an impromptu? pushing/wrestling contest to the disbelief of the crowd who didn’t quite know what to make of it, all the while never missing a beat and getting right back to punishing the audience with some of that trademark heavy noise all resulting in a punishing and engaging display in the best possible way. 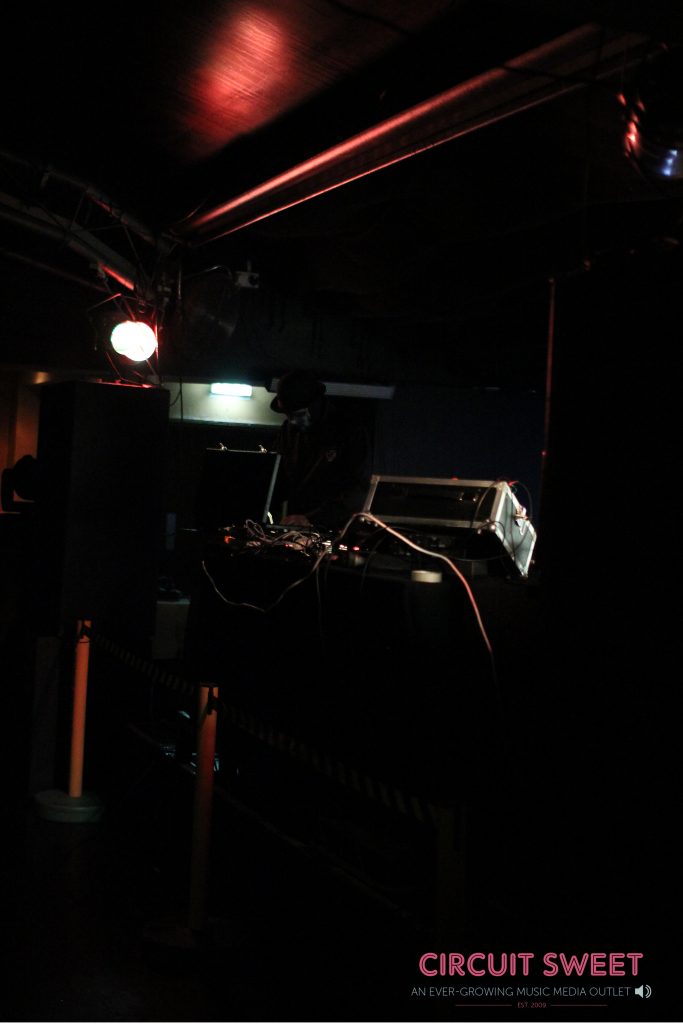 Blanck Mass took to the stage to a heroes welcome and as soon as the first esoteric notes of Loam, the opening track from last years brilliant Dumb Flesh LP, hit the audiences ears you knew it was going to be a special performance and a dream for fans of blissful and powerful electronic music. The joyous set, which was to be expected and highly anticipated, heavy with material from Dumb Flesh with tracks such as the euphoric Atrophies, the pummelling No Lite and the transcendent beats of Double Cross making welcome appearances to the delight of the transfixed audience, eager to hear this material in a live setting and everyone in attendance knew what they were watching was a shared experience of sheer jubilation. Older tracks that were dropped such as The Great Confuso Part 1 were received with just as much energy and enthusiasm and Power, despite his intensity and devotion to what was pumping out of the speakers, looked to be having as much fun as his audience. With the screen behind showing visuals as hypnotic as the music, it made for a great spectacle and added to the sense of occasion with great aplomb.
If there was one undisputed highlight from the set it had be when the aural bomb that is Dead Format was detonated to a great deal of exuberance from the assembled throng, the tracks driving beat signalling an avalanche of energy on the floor and when Blanck Mass had finished his set with the massive sounding and epic Detritus, it concluded a set of energetic brilliance packed full of cinematic glory and vision and everyone watching knew that it was a mind blowing performance and a night that they wouldn’t forget in a hurry. 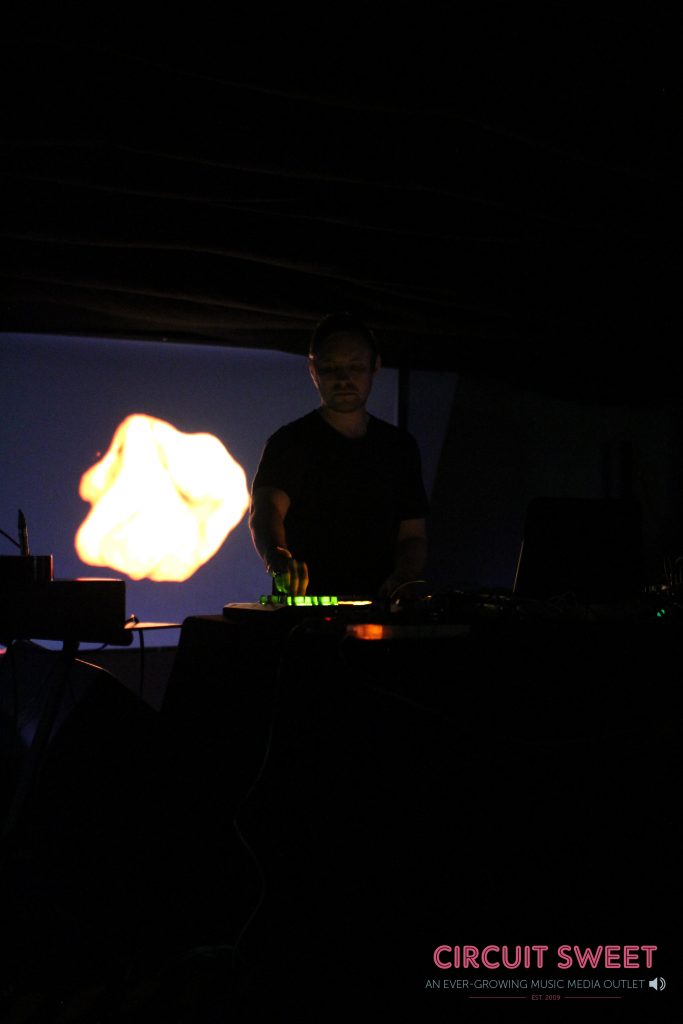 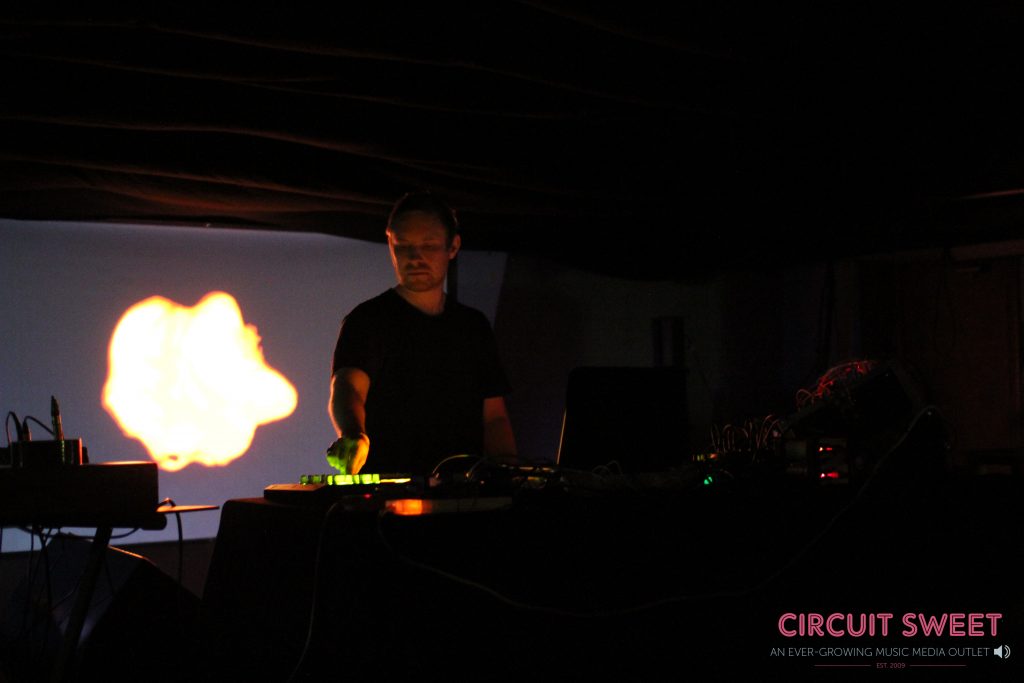 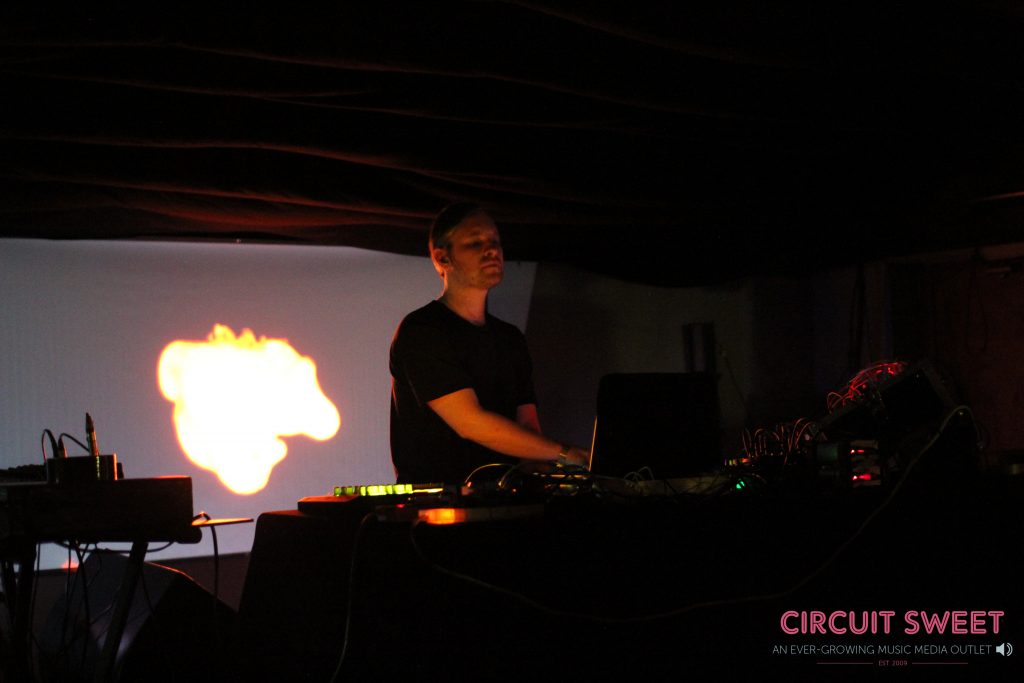 All images by  Oli Montez
Email oli@circuitsweet.co.uk for copies/permission of use.