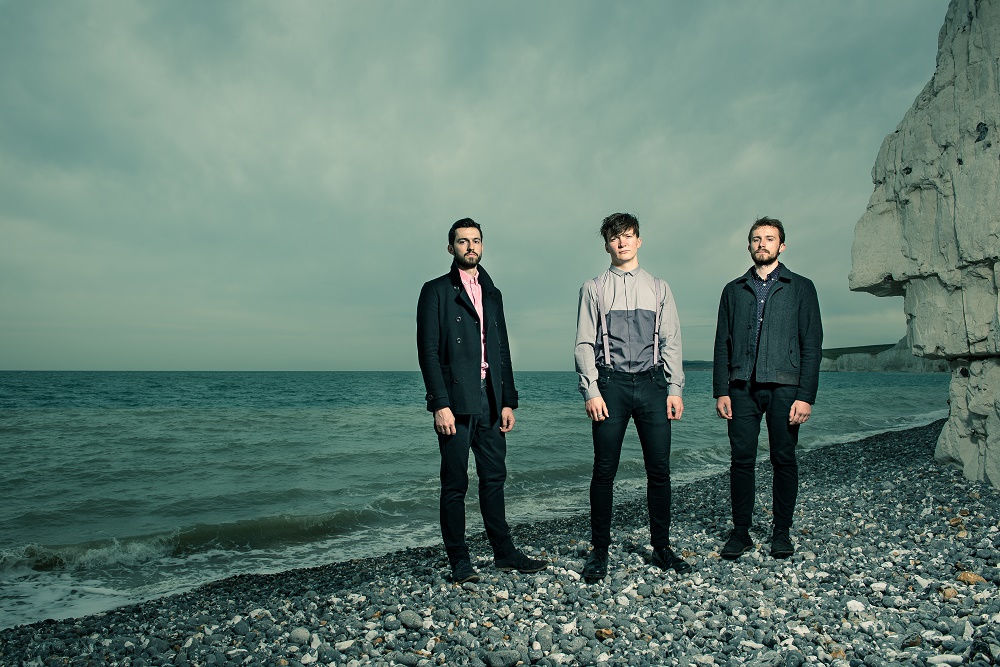 “In Dynamics are excellent”-Kerrang! [KKKK]
“How they remain unsigned is a mystery, as this is electrifying” – Rock Sound
“Full of promise and maturity with a philosophical side to their songwriting” – Big Cheese Magazine

Newly relocated to Sussex, alt-rock trio In Dynamics are extremely pleased to announce that they will release their debut album Everything I See on 18thJuly 2016.

To celebrate the news the band are sharing brand new album track ‘Leviticus’with a deceptively simple and beautiful static video of melting glacial ice shot in Iceland that ties into some of the core themes and concepts behind the album, with further details to be revealed.

Commenting on the news, the band say: “Everything I See has been our heart and soul for the last year and we’re ecstatic to finally share it with everyone. Ever since our first EP release, we’ve been thinking about recording an album. We’ve always been hugely excited by the idea as it allows us to really show the full spectrum of our music and imprint each and every idea onto one body of work.”

The trio rounded off last year supporting Arcane Roots on a run of UK headline dates in November 2015, with In Dynamics drummer Jack Wrench battling through two sets a night as a touring replacement for former Arcane Roots sticks man Daryl Atkins. He has since gone on to join Arcane Roots as a full time member. A hectic schedule with both bands has simply stoked the creative fires for In Dynamics, with Wrench, his brother Will (bass) and golden-voiced front man Beau Boulden intent on showcasing their extraordinary range and dynamism on the forthcoming debut.

The band have been holed up in the studio with long-time producer and collaborator Chris Coulter (Arcane Roots, Jamie Lenman, Emp!re) working on the album since 2014.  Full of the slow building alt-rock and brimming with empathy that fans are familiar with, there are also some twists, turns and surprises thrown into the mix that really do mark In Dynamics out as one of the most important and talented unsigned rock bands that the UK has to offer.
Further details of the forthcoming debut album and live shows will be revealed over the coming months.

Everything I See is the band’s first full length effort and the follow up to their two critically acclaimed EPs, 2013’s Circle and their 2014 release Questions, which placed them firmly on the starting blocks and won them praise from the likes of Kerrang!, Rock Sound, DIY, Big Cheese, Team Rock, Amazing Radio, the Radio 1 Rock Show and more. The band went on to play shows alongside the likes of The Subways, Feed The Rhino, Sonic Boom Six and Blitz Kids.

Pipers single ‘Ask Me For A Cigarette’ out now!