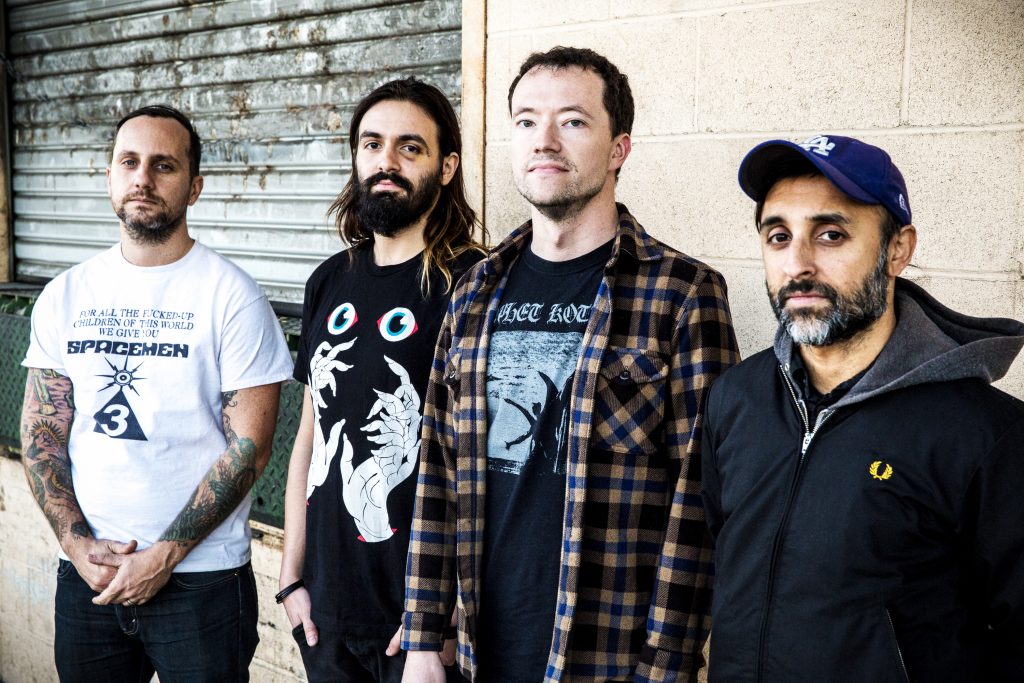 Hesitation Wounds, the new band featuring hardcore/metal heavy hitters, Jeremy Bolm, Jay Weinberg, Neeraj Kane, and Stephen LaCaour, have teamed with Substream Magazine to premiere another hard-hitting track from their upcoming debut LP, Awake For Everything, due out May 27th 2016 via 6131 Records.

“Guthrie” is a prime example of both the sound and lyrical content of Awake For Everything. It’s a pummeling blast of heavy hardcore, combined with Bolm’s vitriolic lyrics, which are more directly political than on much of his previous work. Substream called it “as intense and cathartic as anything the members have ever done on their own.”

Listen to “Guthrie” via Substream Magazine:
http://substreammagazine.com/2016/04/premiere-hesitation-wounds-guthrie-is-an-intense-blast-aimed-at-right-wing-xenophobia/
Biography:
Hesitation Wounds is the musical collaboration of Jeremy Bolm, Jay Weinberg, Neeraj Kane, and Stephen “Scuba” LaCour. Each brings a unique perspective to the group, with impressive resumes as members of other bands, yet Hesitation Wounds truly feels like the product of four distinct voices coming together to make something wholly and uniquely their own. The band may have a very modest and organic origin – just four friends making the music they love with no preconceptions – but Awake For Everything is far from a slapdash vanity project. The record was made with the same passion and care that is the hallmark of this talented quartet and that fire shows in the music they’ve created together. It’s an album of abrasive and moody hardcore that takes unexpected twists and turns, while always remaining satisfyingly aggressive.

Awake For Everything tracklist:

Deep Deep Water release new single ‘Something in the Water’