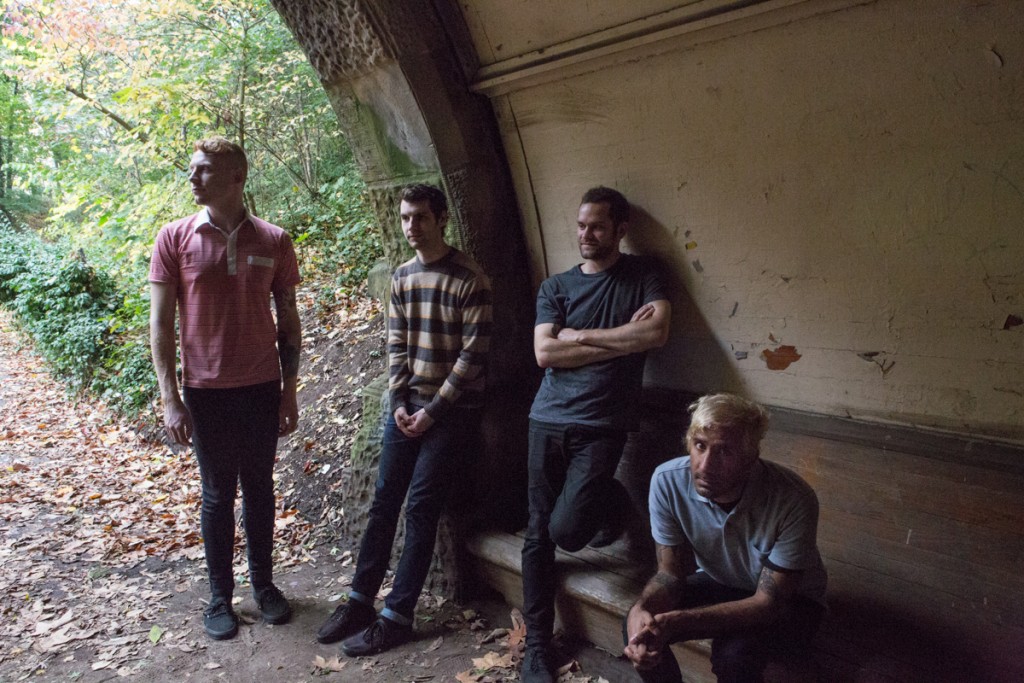 “Most impressive… [Greys’] combination of explosive distortion and harsh but pretty melodies suggested a band who helped invent the genre, not one exploring it 30 years after its birth.”
–LA Times

“A soul-blazing venture not unlike a dive into a red-hot underworld.”
–Stereogum

Toronto’s Greys have released another track “Blown Out” and an accompanying video for it via FADER today from their forthcoming sophomore LP, Outer Heaven, due out April 22, 2016 via Carpark Records and Buzz Records. Pre-order is now available from Carpark in the US and from Buzz in Canada.

The video was directed by Allison Johnston and Greys songwriter Shehzaad Jiwani, who says of the concept, “The video alternates between stark, Godard-esque candor and Lynchian surrealism to illustrate what it’s like inside and outside the mind of someone who suffers from depression, anxiety and other mental health issues.”

Watch the Video for Blown Out

Outer Heaven delivers on the promises Greys made on 2015’s Repulsion EP, placing the band in more spacious environments and letting them build upon their noise rock foundation by incorporating new textures and dynamics to temper their trademark onslaught of discordance, which was already perfected on their debut record, 2014’s If Anything. Where their formative material saw them paying homage to their heroes, the new album sees Greys making a concentrated effort to realize their own sound.

Each song filters its subject matter through Jiwani’s wryly incisive perception of a myriad of topics, from a news story about a group of teens barbarically murdering their classmate on album opener “Cruelty,” to the advent of technological singularity on closer “My Life As A Cloud.” Elsewhere, on “Blown Out,” the frontman confronts his own mental health by painting it in the context of a relationship with a partner who doesn’t fully understand the unrelenting complexities of depression.

With their intense live show documented admirably on their previous releases – and honed alongside bands like Death From Above 1979, Viet Cong, Speedy Ortiz and Dilly Dally – the four piece sought to explore their more atmospheric tendencies on Outer Heaven. Produced by longtime collaborator Mike Rocha at the hallowed Hotel 2 Tango studio in Montreal (Arcade Fire, Godspeed You! Black Emperor), the record displays unprecedented depth and range for Greys, calling to mind groups as disparate as Sonic Youth, Swell Maps and The Swirlies without ever losing sight of what defines the band – a distinct mixture of melody and dissonance, order and chaos, volume and substance.

Greys will tour North America throughout April, all tour dates are below.