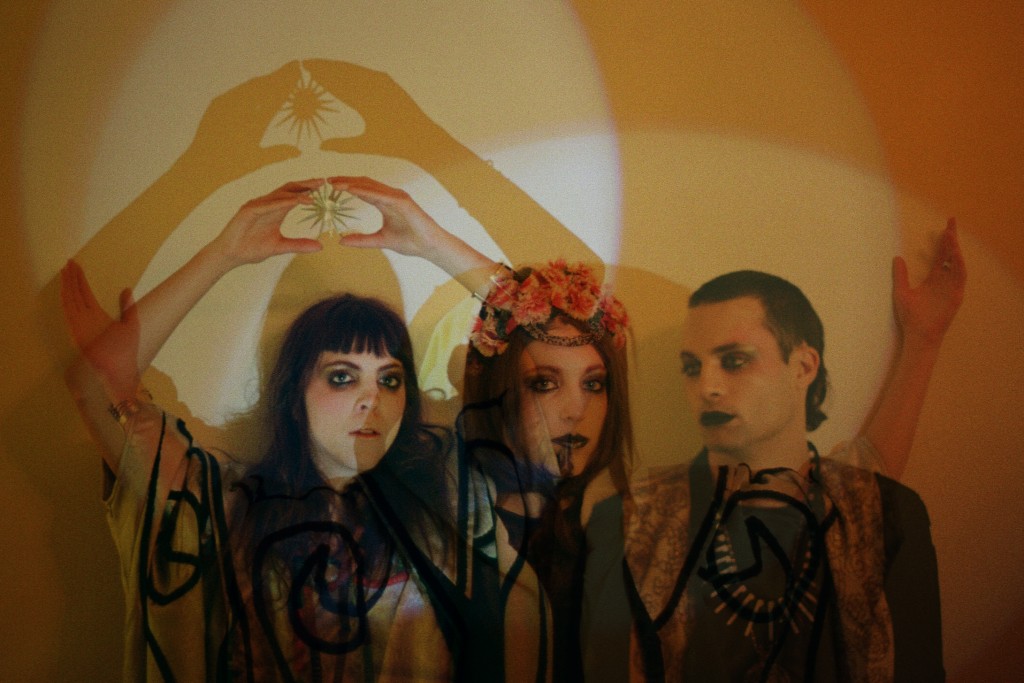 UK tour in May

With the release of their UK debut Total Time just a few weeks away, DOOMSQUAD have today unveiled a visually arresting and suitably psychedelic video for current single ‘Pyramids On Mars’. Co-directed by Ghostprom and Trevor Blumas for PORCH, ‘Pyramids On Mars’ is shot in a dreamlike desert landscape: “The video is about the cyclical nature of time in correlation with memory, biology and the environment”, say Doomsquad. “It examines the polarities of drought  and abundance, barrenness and vitality, male and female, singularly and plurality through a psychic quagmire of astral dust and mirrors.”

DOOMSQUAD recently announced a European tour for the second half of May, including five UK headline shows to which a performance at The Great Escape festival in Brighton has now been added… Upcoming UK live info below:

DOOMSQUAD is psychedelic electronic dance music from Toronto, Canada. Having formed in 2012 siblings Trevor, Jaclyn, and Allie Blumas soon began to explore trance and electronic beat making. Their shared fascination with dance culture, rhythm, and the unknown, along with their lifelong immersion in the arts, began to manifest as a collective ethos. Before long, DOOMSQUAD had mushroomed into a full-scale art project.
Inspired by some of their favourite artists — Georges Bataille, Richard Tuttle, Tanya Tagaq, and Genesis P-Orridge — DOOMSQUAD travelled to the New Mexican desert to write and record Total Time, creating dark, pulsating beats interspersed with hypnotic, incantatory jams. Upon returning home the band continued to draw inspiration from the Toronto arts community, their friendships and connections led to some fortuitous collaborations, including one with Canadian avant-garde legend, Mary Margaret O’Hara, whose otherworldly vocals grace ‘The Very Large Array.’ The driving, dirty bass lines and analogue layers of effects come care of Graham Walsh (Holy Fuck), who produced and mixed the album.
The record features a number of other contributors: Mike Haliechuk of Fucked Up plays guitar. Industrial noise experimenter David Foster aka HUREN offers vocals on ‘Russian Gaze.’ Colin Fisher and Brandon Valdivia of free-jazz duo Not the Wind, Not the Flag bring instrumentals. And galactic twins Josh and Jesse Hasko, who perform as North America, are also a crucial part of Total Time and this year will become members of DOOMSQUAD’s live act.
Total Time will be released 29th April on Bella Union. Album artwork, tracklisting and DOOMSQUAD photo by Kate Young below: First track ‘Solar Ass’ can be heard HERE. 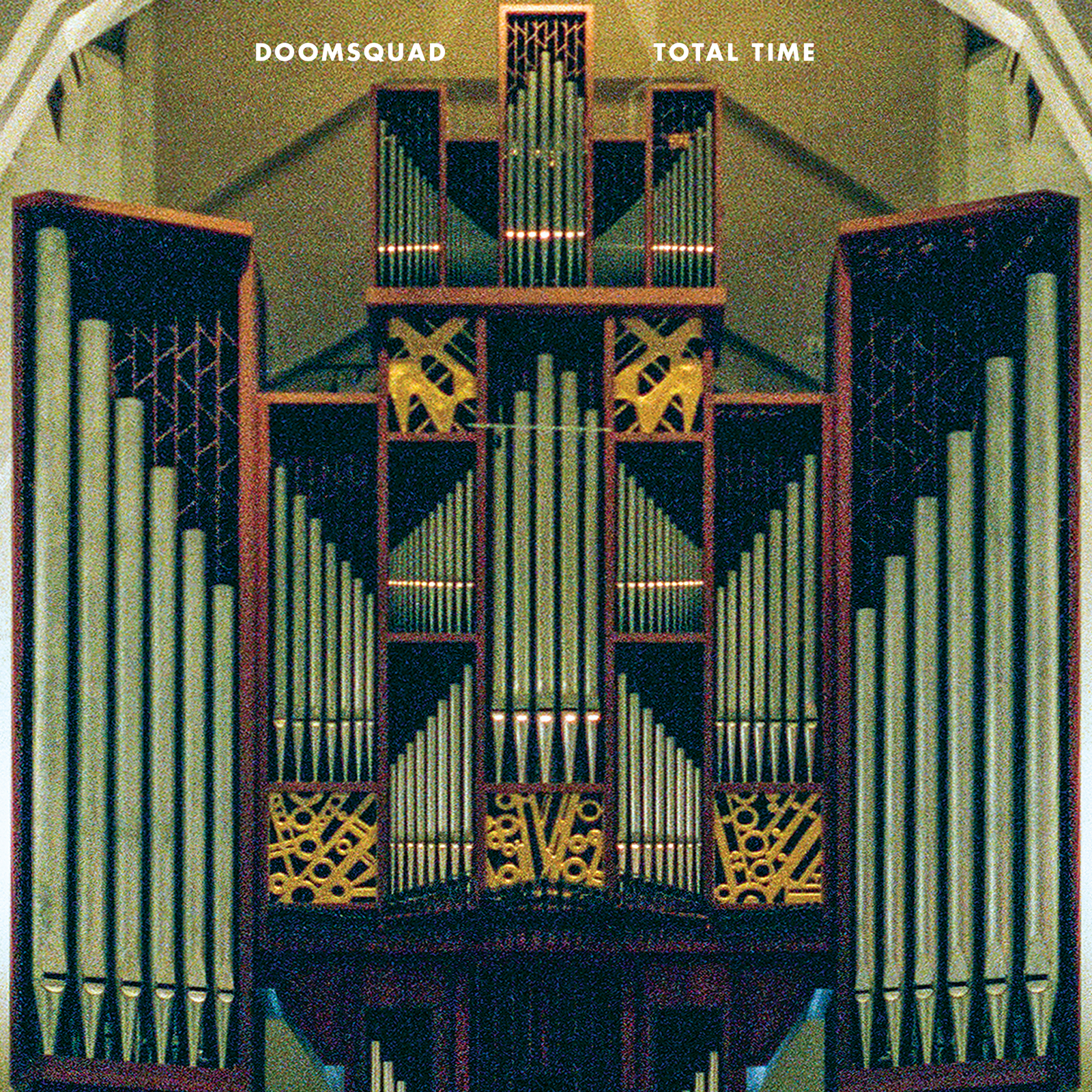