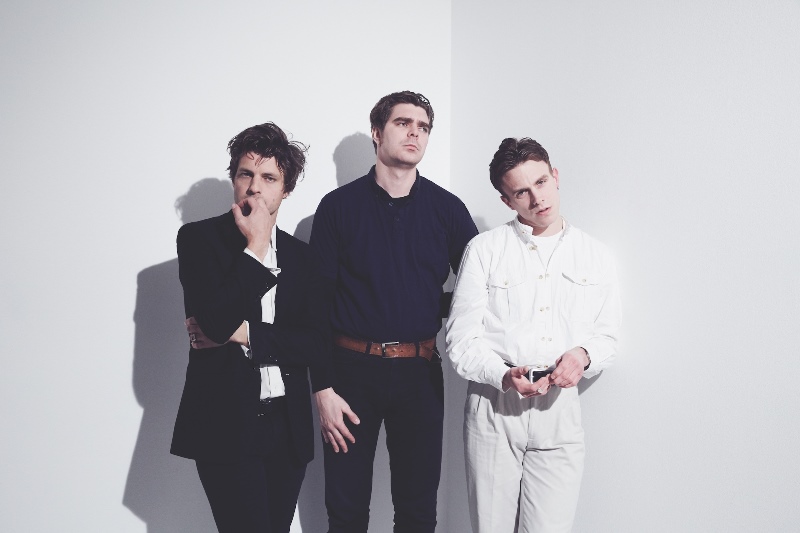 UK tour dates announced with The Bodies for June

Copenhagen trio Less Win have shared ‘Bury The Heart’, the first track from their debut UK album, TRUST, due for release on June 17th 2016 via The Big Oil Recording Company.

A strident, frantic and powerful soundscape, ‘Bury The Heart’ pushes everything to bursting point as vocalist and guitarist Casper Morilla looks inwards for the track’s muse. “It’s about carrying a burden of guilt that you want to hold a loved one responsible for,” he explains. “But when you point a finger at someone, you’ll end up with three pointing directly at yourself.”

TRUST sees Less Win in the throes of an instinctive and free-form approach to rock music, transcending the connotations and clichés that come attached to ‘post-punk’. Here, pianos sound like sledgehammers, and saxophones like wailing widows. Strings are a haunting undercurrent, while the vocal scope of Casper Morilla and Patrick Kociszewski sounds crystal clear above the trio’s treacherous atmospherics – sang just a breath away from the deranged.

Album opener ‘Rituals’ sees the band inspired by the dissonance of Shostakovich’s string quartets, and the lecherous Histoire de Melody Nelson in equal measure, whilst a fear of monotony and inescapable truths lay at the song’s core. Elsewhere the drunkenly playful ‘A Thought To Be More’ comes tethered to the propulsive ‘Bury The Heart’, and ‘Jealousy’ sees Less Win sounding more funereal and heavy than ever before. “These songs are seared in feelings, and an elephant in the room,” Morilla says. “There’s a pendulum swinging between ambivalence, distrust, fragility, blame, guilt, disloyalty, misperceived innocence, claustrophobic emotions, and the disorderly inner eruption of all of these. They are quiet moments of realisation, and a finger I thought I could point at others. But in my silent epiphany, I found it only pointing towards myself. These songs are all connected,” he adds.

Citing the likes of King Tubby, John Coltrane and Maurice Ravel, as much as The Durutti Column, Venom P Stinger and Public Image Ltd, as TRUST’s catalysts, Less Win’s geographical make-up is as much a culture clash as their respective record collections. “Patrick and I were born and raised in Copenhagen, though his heritage is Polish and I’m half-Spanish”, says Casper. “Matthew’s from Australia, but half Danish, half English by blood.”

Initially forming as a duo backed by a drum machine, Morilla (guitar, vocals) and Kociszewski (bass, vocals) released a string of EP’s, splits, and their debut album “Great” (released in Denmark via underground label Pad & Pen) before finding the final piece of the Less Win puzzle in drummer Matthew Moller (Of The Wand and Moon, Sink Ships). Their frenetic live show has since built a strong reputation in the Danish underground and the scenes of Germany, France and Benelux, and 2015 saw their first steps into the UK with the FurtherEP release. “A four-song nail bomb” said the NME, whilst Stereogum likened their “harrowing howls” to “a lost lo-fi Mission Of Burma classic”, alongside praise from Clash, Loud & Quiet, Punktastic and more.

TRUST was recorded fully analogue at the Black Tornado studio in Copenhagen. The result, though raw, is anything but lo-fi. Since their inception in 2011, Less Win have self-recorded all of their previous releases in the confines of rehearsal spaces, with bassist Patrick Kociszewski at the controls (a producer in his own rite, having recorded Danish band Yung’s Falter LP, amongst others). But while TRUST sees Less Win shun their hardline DIY techniques in favour of a studio setting, the band chose to work backwards, maintaining a manic sense of urgency. “Trust was written and conceived as a cohesive whole. First, the studio in Copenhagen was booked and the date for recording set. Then, the songs were written and rehearsed in a frenzied two-month period over summer, directly before and right up to when recording was to commence,” they explain.

Having shared stages with the likes of The Men, Lower, Crystal Stilts, Drenge, Lust for Youth, Yung, Iceage, Spray Paint, First Hate and many more, Less Win will embark upon a UK tour this coming June with The Bodies on the dates below with more TBA. 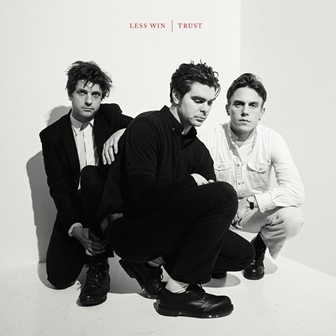