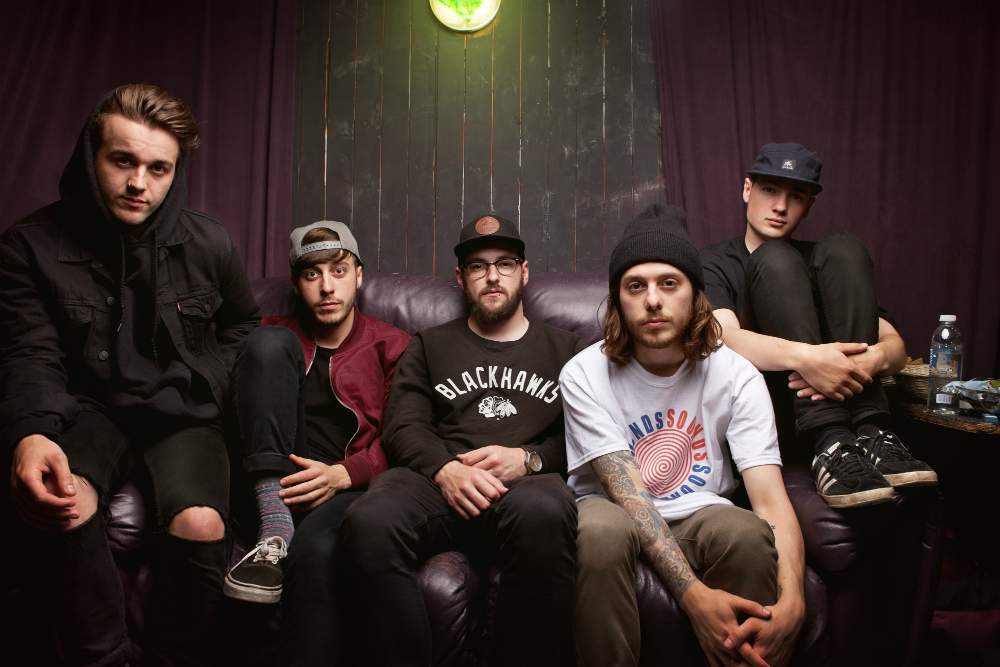 “a record of desperate defiance that shows how Boston Manor are slowly but surely establishing themselves as one of the UK’s best bands.” – Rock Sound (8/10)

“It’s heartbreaking yet hopeful, ferocious yet fragile, and intelligent as it is impassioned”
– Team Rock

Boston Manor released their latest EP ‘Saudade’ via Pure Noise Records late in 2015, delighting fans and critics alike and now they’ve released a brand new video for EP track ‘Gone’, filmed in typically striking fashion. Breaking out from the usual confines of the pop punk trope, ‘Saudade’ is so much more, channeling a generally darker and more downbeat sound than most of their peers and proving a large leap forward for the band themselves. It’s indicative of the journey that’s to come as the Blackpool five-piece prepare to release their debut album later this year.

Boston Manor have been diligent on the road and this year will be no exception with a tour supporting Knuckle Puck throughout the UK and Europe now in progress and Slam Dunk Festival appearances plotted so far, as well as a forthcoming stint in the US on the Pure Noise Tour with Hit The Lights, Seaway, Can’t Swim and Casey Bolles in April / May. They’ve previously toured with the likes of Moose Blood, As It Is, This Wild Life, Forever Came Calling and have played festivals such as 2,000 Trees, intent on bringing their show to as many eager ears as possible.