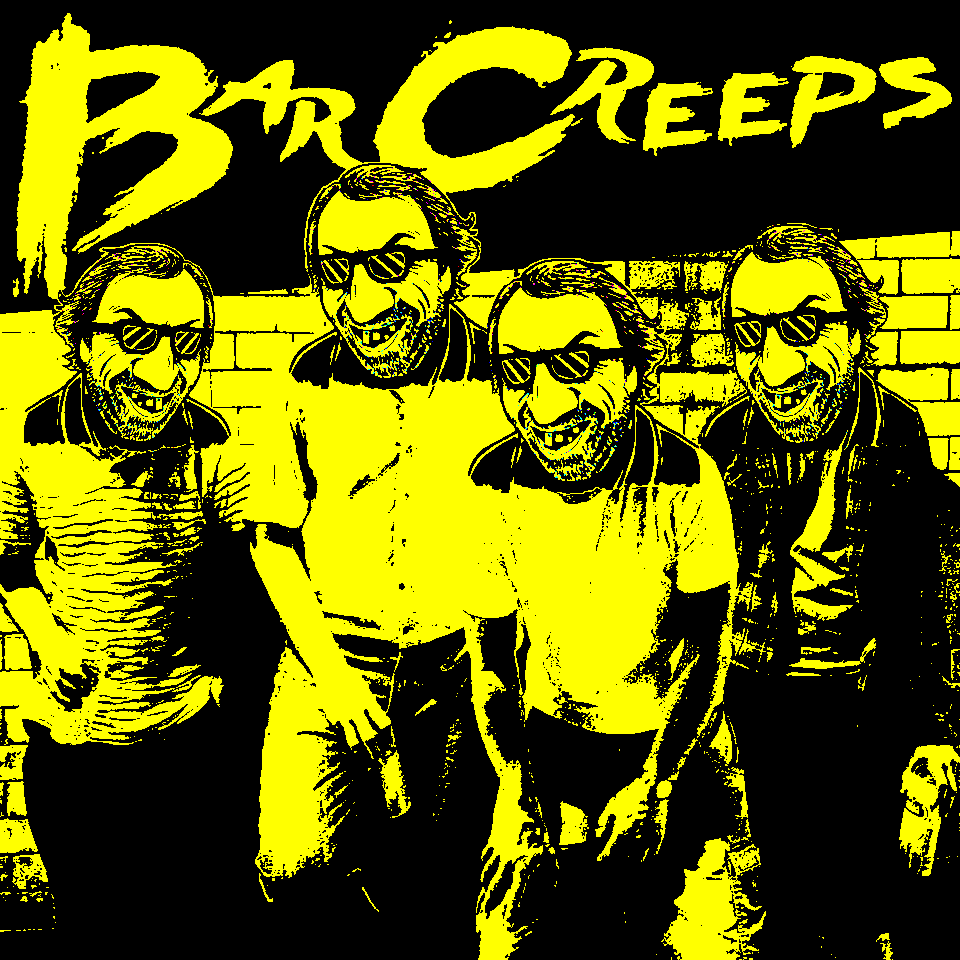 BarCreeps will play The Barfly, London on the 23rd April 2016 as part of a ‘Camden Rocks’ night
Tickets: http://bit.ly/barcreepsLDN

Mysterious, London based, BarCreeps have unveiled their debut single, which is available to stream online now.
The single, ‘The Hour Between Dog And Wolf’ premiered with Punktastic on the 12th April.
The quartet will play their first London show at the Camden Barfly on the 23rd April, supporting Damndice.

What do they do?
Play skate-punk and four-chord pop songs

Where?
London, via Hong Kong, Brighton and Rome.

For fans of:
Lagwagon, Bad Religion, The Promise Ring, Fugazi

The band united over a love of record labels such as Fat Wreck, Epitaph, Touch and Go, Jade Tree and Dischord, while also observing the current fragmentation of music into ‘writer/programmer’ and ‘celebrity personality as singer’ and feeling that this process is syphoning the artistry out of culture. Music is becoming a series of algorithms and prosthetics. BarCreeps songs want to go against this trend and so are ‘about something’ while being presented anonymously (band faces will never appear in promotional materials, instead being represented by a generic ‘BarCreep’). Song topics include the impossibility of a ‘world view’ (The Hour Between Dog And Wolf), cyber-bullying (Troll), immigration (Calico) and American gun laws (Guns Out!) but without sacrificing melody or being inaccessible.

Railgrind was formerly in a band called The Pipettes, wrote a global top ten hit (being kept off the number one spot in Japan only by J-Lo), toured the world with the likes of Amy Winehouse, The Beastie Boys and had a song covered by Mark Ronson. Bannister and Hendricks started the Hong Kong loft show scene and played a gig with Fugazi while in high school. Bannister has also put out two records in a past act, The Young Playthings, on DIY stalwart label Smalltown America (Jetplane Landing, And So I Watch You From Afar, USA Nails), Campari left his native Rome in 2015 where he’d been making a living in Italy’s premier Ramones tribute act while also playing in his own hardcore band, Cream Pie. Hendricks also promotes concerts, having put on ‘Refugee Rock’ last year, where the Wedding Present headlined a gig that helped raise over £3,000 for the immigrants in the Calais jungle.

‘The Hour Between Dog And Wolf’ will be self-released, digitally, on the 15th April 2016 through all usual outlets. Available to Pre-Order now: http://bit.ly/BarCreepsTHBDAW