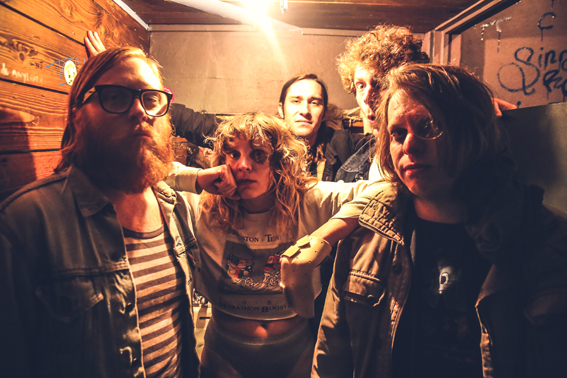 Austin’s A Giant Dog share another single from the hit parade that is Pile, the band’sMerge debut to be released next month. On “Jizzney,” Sabrina Ellis’ sweetly menacing vocals warn, “You been hanging out with somebody round town, I will find out / Some people that I know are gonna track him down and run him out.”
Listen to and share “Jizzney” HERE

The band describes their forthcoming album Pile as “if Marty McFly time-hopped from a Gershwin score to an acid party with Bowie and Bolan then woke up clutching his skateboard, throbbing hangover, on the edge of a half-pipe in a park in ’90s suburbia.”

Prior to “Jizzney,” A Giant Dog shared the album’s second single “Get With You and Get High” which features guest vocals from Spoon’s Britt Daniel.  The band debuted material from the album with the frenetic, glitter-filled video for “Sex & Drugs,” a song thatPopMatters described as “one delicious little masterpiece, from the overdrive-drenched bass that kicks things off to the giddy two-pronged vocal belting.”

Pre-order Pile now on CD and LP in the Merge store, and digitally at iTunes.  The first 150 pre-orders of the LP will include a free slipmat designed by the band. 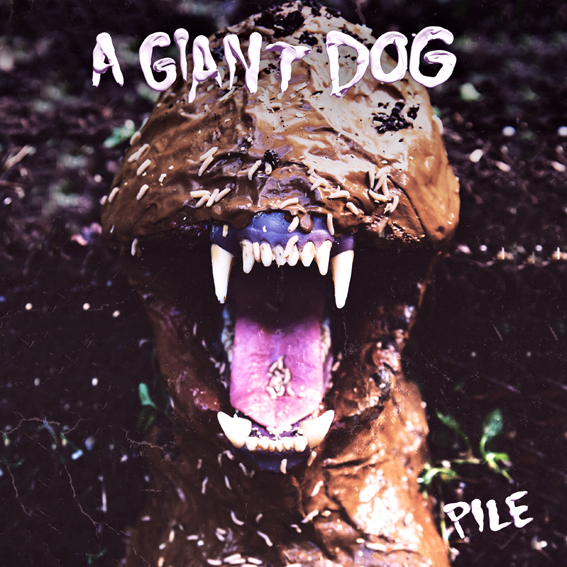