Los Angeles, CA – (March 8, 2015) Acclaimed filmmaker Alex Winter is turning to fans to help make the first definitive documentary about the life of iconoclastic musician, artist, and revolutionary Frank Zappa. But Winter’s real goal is far more ambitious: This morning, he launched a crowdfunding campaign via Kickstarter not only to fund the film, but to catalog and preserve Frank’s at-risk archives, known as “The Vault.” Kickstarter backers of Who the F*@% Is Frank Zappa? will have a hand in planting a flag for Zappa as a 20th Century cultural icon and a front row seat as Winter explores the never-before-seen archives. 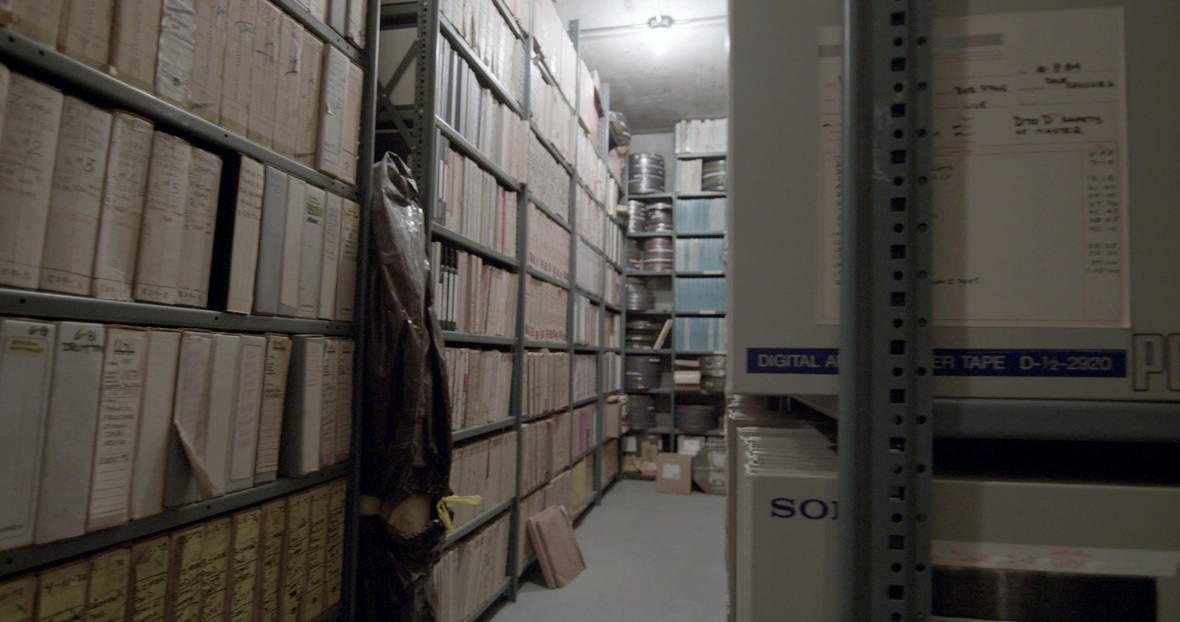 Winter and Glen Zipper (producer of the Academy Award® winning Undefeated) are the very first people outside the Zappa family to be given access to The Vault, a vast repository of never-released media (video, film, unreleased music, interviews, concert recordings, and more) from and by Frank, which has literally been locked away in a chamber beneath the Zappa family’s Hollywood Hills home since Frank’s death. Before her passing, the notoriously discerning Gail Zappa granted the team unprecedented access to Frank’s life and archives, and said, “We couldn’t be happier to be working with Alex, an extraordinary filmmaker in his own right. With an advanced degree in perfect timing and a shared respect for conceptual continuity, we feel it is our duty.”

The Kickstarter campaign’s minimum goal of $500,000 is enough to digitize the critical parts of the archive and start production, but surpassing the goal promises faster completion of the film, plus more fan access to Vault contents, with “stretch goal” milestones up to $3 Million unlocking more new releases, and a hardcover companion book of unseen letters, photos, compositions and more from Frank’s visual archives. “The more we raise, the more we can save,” says Winter, “which means more material and new recordings to share with the world.”

Backers can claim rewards such as a screen credit on the finished documentary, a visit to the Vault, an opportunity to play one of Frank’s original guitars, or even — for a big enough contribution — Frank Zappa’s house. That’s right, for a cool $9 million pledge on eBay, one superfan can have the ultimate reward: Full ownership of the 8,000-square-foot Zappa family estate, along with an Executive Producer credit on the documentary and a slew of other Zappa rewards.

Winter describes the film as “an epic saga of a great American artist and thinker; a major film event worthy of the scope of Zappa’s prodigious and varied creative output, and the breadth of his personal and political life.”

“We’re private people, but we want the story to be told,” said Ahmet Zappa, Co-Trustee of the Zappa Family Trust and CEO, Zappa Records, of the documentary. “We are so happy Alex is taking it on.”

The campaign runs through April 8, 2016. Stay tuned for surprises and new reward announcements throughout the month. See Winter’s explanation and learn more on the Kickstarter campaign page at whoisfrankzappa.com, and follow the project on Facebook, Twitter and Instagram at @zappamovie.

About Frank Zappa
Frank Zappa (1940-1993) was a self-taught composer, arranger, producer, visual artist, and thinker. He pushed the envelopes of rock, jazz, orchestral and musique concrète genres, in addition to producing and directing films and designing many album covers. Zappa released more than 65 albums and made several films in a career spanning less than 30 years, ending when his life was cut short by prostate cancer in 1993. Beyond his music, he was a political thought leader who founded the Rock The Vote campaign, testified before congress against censorship regulations, helped reconstruct the cultural identity of Czechoslovakia after a civil revolution, and entered the presidential race. He’s one of few people to ever be banned from Saturday Night Live for his edgy sense of humor. He is among Rolling Stone’s “100 Greatest Artists of All Time” and its “100 Greatest Guitarists of All Time.

About Alex Winter
Alex Winter entered show business as a child actor on Broadway and came to prominence in movies such as Warner Bros’ hit THE LOST BOYS and the wildly popular BILL AND TED franchise. Winter has directed narrative features FREAKED for 20th Century Fox; FEVER, for Lionsgate, which screened at Cannes; and SMOSH: THE MOVIE, which opened in 2015 as the #1 comedy on iTunes. Winter is the recipient of the Charles Guggenheim award for his directing work. Winter’s VH1 Rock Doc DOWNLOADED earned nationwide critical acclaim at theatrical and festival screenings. His recent award-winning documentary DEEP WEB had a critically acclaimed world premiere at SXSW and a broadcast premiere in the U.S. on the Epix network. In Sept., 2015, it opened as the #1 doc on iTunes.