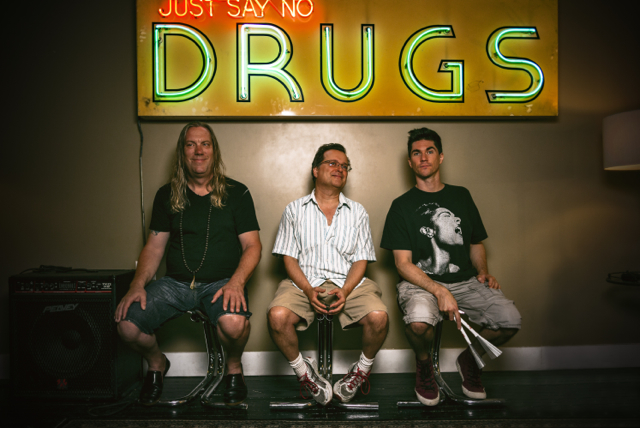 Violent Femmes premiered the video for the first single, “Memory,” from their new album . The clip was created and animated by Harley Hefford, an Australian video director and fan of Violent Femmes who created last year’s “Good For/At Nothing” music video for the band off their Record Store Day EP.  Hefford used a collage-style animation to create a fictional narrative where a giraffe (inspired by the album’s artwork) reminisces with founding band members Gordon Gano and Brian Ritchie who share made-up memories from their past.

Violent Femmes’ new album WE CAN DO ANYTHING was released on March 4 ([PIAS]). The band recently confirmed the first North American dates of their upcoming world tour. The trek gets underway May 2nd at Salt Lake City, UT’s The Depot and then travels through the month (complete dates below). Additional dates will be unveiled soon – for updates and complete ticket information, please visit www.vfemmes.com/tour.

In addition, a number of special bundles are on sale at the official Violent Femmes store, with extras including an exclusive screen print poster, limited edition gold vinyl, t-shirts, and much more.

To kick off the release of WE CAN DO ANYTHING, Violent Femmes made their first network TV live appearance in 16 years, performing “Memory on CBS’ Late Show with Stephen Colbert. They also performed their legendary song, “Blister in the Sun,” with Colbert on vocals. The video was seen everywhere and even became the #1 trending topic on Facebook the day it was released.

“Memory” is shaping up as another Violent Femmes favorite, charting on the back of widespread airplay on college radio and multi-format alternative outlets nationwide. “Memory” premiered last month exclusively via NPR Music, noting the track “feels like a classic…’Memory’ has the playful quirkiness, infectious beats and jittery observations of the band’s earliest work, from the 1980s. But teen angst is replaced with middle-aged irritation.”

Violent Femmes is currently on an epic tour across Australia and New Zealand, highlighted by a co-headline trek alongside Hoodoo Gurus, Sunnyboys, and Died Pretty as well as top billed sets at such festivals as Adelaide, AU’s WOMADedlaide (March 11th) and Meredith, AU’s Golden Plains (March 13th). As if that weren’t enough, Violent Femmes has just been announced among the star-studded line-up for Radio 104.5’s 9th Birthday Show at Camden, NJ’s BB&T Pavilion, slated for June 17th. Additional US festival dates will be announced soon.

ADDITIONAL DATES TO BE ANNOUNCED SOON