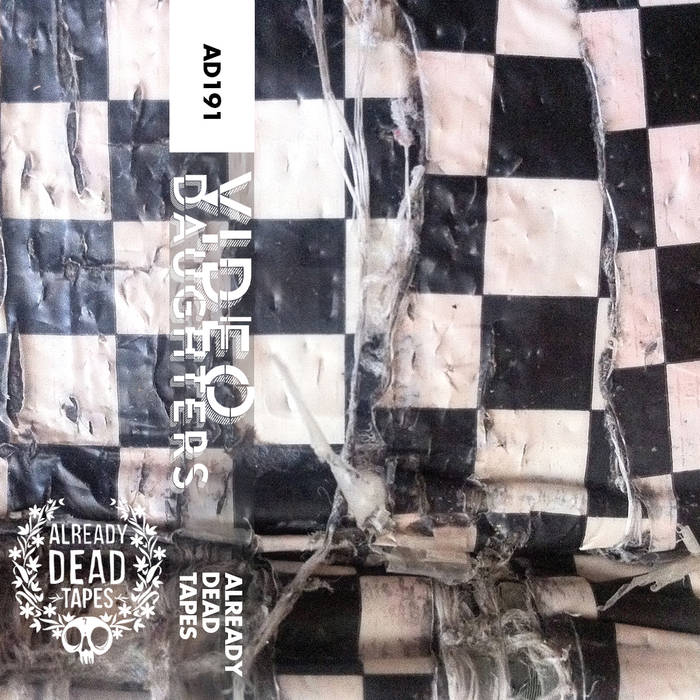 ‘Video Daughters’ is the Brooklyn, NY based group’s second full length and third release on Already Dead Tapes & Records. Coming off 2014’s ‘Whiteness Where the Water Was’ EP, this self-titled album finds the band at their best, with catchy-hooks and noise rock glory abound. The group have plans to tour throughout the U.S. in 2016, in support of the new opus.

“I’d like to assume that somewhere in Brooklyn Video Daughters is opening up their show with a giant pedal board sitting beneath the feat of their guitarist. All of the stomp boxes are flashing bright with anticipation of the face full of chaos that is about to ensue. But it’s hard to tell with Video Daughters, whether the tone of buzzing bass and shrill guitar is heavily effected or just someone totally honed in on a natural sound. Their newest self titled LP is the harshest thing the radio could ever play; but it would work nonetheless.

This album picks up where Death From Above 1979 left off – it’s heavy and rich with texture, but it keeps it simple. It’s the craziest thing that could still be considered pop. Contrast Houdini’s Grave and Candy Gospel and you might start to see what you’re in for, but it’s certainly no guarantee. Vocals growl, guitars squeal, drums thrash, and then it’s on to the next song. And all the while you keep nodding your head because “GOSH DARNIT, THAT RULED!”

That’s what is behind the brilliance of Video Daughters. The mash up of noise rock, garage riffs and grooves that would appeal to just about anyone coalesce into something that is ultimately a bunch of fun for the whole family. It’s like leaving to a county fair with your parents and reflecting on this super awesome roller coaster with a “hell yeah” moment. Everyone is happy at the end, because everyone had a damn good time.”
– Jacob Watkins, Already Dead Tapes, 2016

Already Dead Tapes are a small label with the biggest heart. This brilliant label is effortlessly going from strength to strength, gaining quite a reputation for the amount of incredible records and the talent they are releasing, their aim is to produce and distribute small editions of tape and vinyl. The roots of the label were established from musicians using non-traditional methods to craft sound as art. As a niche tape & art label Already Dead places high regard on projects of an experimental nature. Already Dead Tapes have a vast and delectable collection of releases as the label are currently working on the grounds of trying to release at best one album a week- Pretty Impressive. We adore the team at Already Dead Tapes & Records and we fully support their latest release.

Kaia Vieira releases new single Where Did You Go?