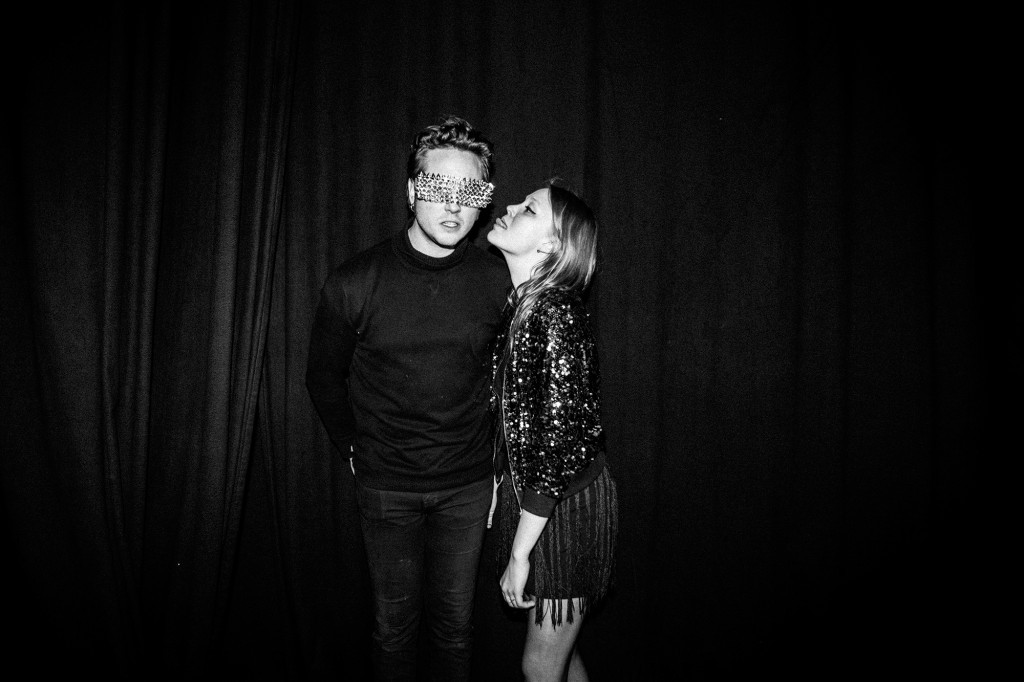 Firecracker is the new single from Victoria+Jean, an extraordinarily creative duo linked artistically and romantically. Originally a smoky blues song, Firecracker mutated into a full on electric anthem, with punchy guitar and an insistent beat.  “I was really inspired by the film version of Fear and Loathing in Las Vegas,” says Victoria (vocals). “Particularly the way Johnny Depp would hit the road and go to these casino’s and dingy bars on acid (and other drugs), walking like a total freaky weirdo – like Monty Python’s silly walks!”

The video for Firecracker has been directed by long-term PJ Harvey collaborator Maria Mochnacz.
“My dear friend John Parish told me about a band he was working with who were trying to contact me,” she says. “Victoria+Jean sent the album through and explained that they were asking video makers/artists to make videos for all of the songs on their album, and to chose which ever song I liked, and to do whatever I wanted, and that they had time – my favourite ingredient!”“Maria had this crazy cool idea of us doing mug shots in flashy tights, and behaving like fugitives on the run,” says Victoria. “But not in a discrete, secretive way AT ALL!”Watch the video here:

The Brussels-based duo will be in London to play a headline show at The Old Queens Head – 44 Essex Rd, London N1 8LN – on Wednesday 20th April, more info here: http://www.hotvox.co.uk/events/victoriajean-plus-support.

Victoria was born in Sweden, grew up in London before moving to Paris where she began her first career as a model. At 16 she was signed as a solo artist by a French major label. However, she broke her four-album deal before releasing her debut album, unable to make the compromises demanded upon her. She moved to Belgium where she met Jean and the couple began a career motivated by encounters, travels and sound, he having left school at the age of 16 to begin a life of touring the world with various bands and musicians.