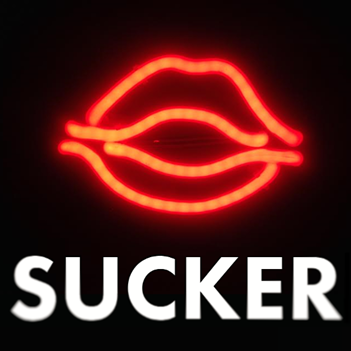 With his new band vangoffey, Supergrass star Danny Goffey is set to release single‘Sucker’, taken from the critically acclaimed debut album Take Your Jacket Off & Get Into It. And the brand new video for the track stars his step-daughter Daisy Lowe. The eerie video features Daisy in period dress, possessed – dancing in her sleep through corridors and down an old Victorian stairwell.

The charismatic multi-instrumentalist Danny Goffey currently resides in Somerset with his wife Pearl Lowe (singer of ‘90s post-punk band Powder and mother of Daisy Lowe), along with their children, all of whom have starred in vangoffey’s videos for ‘Trials of a Modern Man’ and ‘Race of Life’. The brand new video was filmed at the Supergrass’ star’s home.

Speaking about the new video, Goffey said: “I had this strange idea of a Dickensian-esq band of travelling minstrels, walking down a long Roman road in procession. This was thwarted by the weather, so we changed the plan and filmed in my house. Stroma Cairns, a great up and coming filmmaker directed the video, and she was great to work with.

“I managed to lure Daisy into this one, and we had a great time. I can now say all four of my children have featured in the vangoffey videos for this album, proving that sometimes it is good to ‘keep it in the family.‘”

Daisy Lowe added: “It was such a joy being part of the video. Danny has always been a very inspiring part of my life and he makes me giggle so much, so shooting the video was just loads of fun. I loved letting his music take over me and dancing like a possessed Victorian lady!

“We laughed so much after each take. Stroma Cairns was a joy to work with, she knew what she wanted and knew when we had gotten her shot. I’m so excited to share it with everyone. ”

Take Your Jacket Off & Get Into It, which was released in October 2015 on Distiller Records, has been championed by the likes of NME, Q, Uncut, BBC 6 Music and Radio X, and Goffey’s mischievous wit on previously released tracks ‘Trials of a Modern Man’ and ‘Race of Life’ continues to charm the nation.

‘Sucker’ is no exception; a no-frills tale of a failed romantic pursuit, which showcases Goffey’s knack for amusing, relatable story-telling – a definitive trait of the man who wrote classic Supergrass hits ‘Alright’, ‘Caught by the Fuzz’ and ‘Late in the Day’.

It’s just over 20  years since Supergrass’ breakthrough hit album ‘I Should Coco’was released, and Goffey has had a fantastic career – from the whirlwind days ofBritpop, experiencing Supergrass’ incredibly rapid rise to the top of the charts in the ‘90s, to his brief stint touring with Babyshambles in their heyday. And Goffey’s new line up with vangoffey is considered somewhat of a super-group, consisting of Drew McConnell from Babyshambles, Louis Eliot from Rialto, and the son of Florence & the Machine producer and Pulp bassist Steve Mackey – Marley Mackey.

Goffey approached long term friend and award winning producer Juliette Larthe, co-founder of PRETTYBIRD UK, to work on the video for single ‘Sucker’. Together they brought on talented young director Stroma Cairns to collaborate on the film, while Danny drafted in Daisy Lowe and Thomas Cohen to join in the fun.