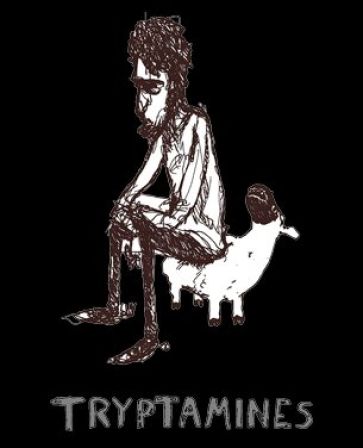 For Fans of… Radiohead, CAN, Caribou, Stereolab, Godspeed You! Black Emperor
Tryptamines are delighted to announce the reissue of their conceptual EP Metropolis, out now via Fitlike Records.

Inspired by the Fritz Lang film of the same name, the band’s uniquely experimental style is beautifully showcased on the forthcoming single and, to celebrate today’s announcement, it is available to stream now via the Fitlike Records bandcamp page

The EP is based around modern cultures increasingly dependent relationships with machines, questioning both the good and bad facets of these developments and ultimately where this might lead in the not too distant future. As a result, Tryptamines have created a four track EP where each individual song has a feeling so distinct in nature, it’s difficult to pin the band down into any one particular genre, as they embrace elements of psychedelia, space rock, post-rock, pop, lounge and experimental rock

Title track and soon to be released single, Metropolis, evokes memories of artists such as Beck and Caribouthanks to its cerebral dream-pop sounds combined expertly with a playful trippiness – a sound that will become synonymous with the band. This experimental yet whimsical sound can also be heard on ‘Nina Shuffles’ where the affecting influences of CAN and Captain Beefheart are apparent throughout. The other half of the EP has a completely different feeling as Tryptamines continue to push their creative boundaries on the songs ‘Why Are There People Like Frank?’ and ‘Insulin Unmix’, stepping boldly into the sprawling, hypnotic and bleak soundscapes of bands like Godspeed You! Black Emperor and Mogwai.

Formed in Aberdeen by Chemical Callum (piano, guitar, omnichord, hammond organ, vocals), Tom The Noisemonger (vocals, samples, tiny broken keyboards, echoes & noises) and Foxbeef (bass guitar, drums and percussion) the trio have already played a number of psychedelic festivals and gigs around their native Scotland and are currently working on their forthcoming album release in spring 2016.

Metropolis is available to download now via iTunes and the Fitlike Records bandcamp page.