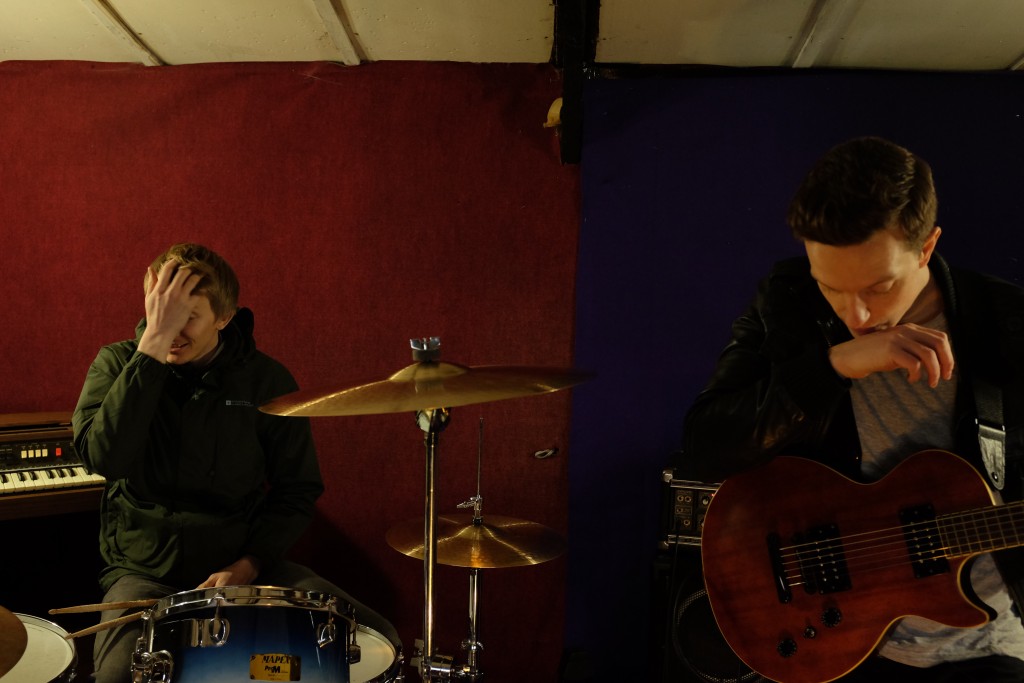 Three years ago we walked into a venue in the heart of Worcester to see Mike Watt and his new band Il Sogno de Marinaio perform, we were expecting a great night of music but what we didn’t count on was the incredible sound from the support act who from the moment we caught their set, blew us away. 3 years later that talented duo are now regulars of Circuit Sweet, a band we’ve now seen live more than any other act and can proudly say the pair have just unveiled our personal favourite album of the year 2016.

The Broken Oak Duet create intellectual instrumentation. The duo consisting of Howard on Drums and Tom on Baritone Guitar, together have an energy like no other. Both live and on record the pair provide a ferocious and enigmatic performance. You will never grow tiresome of these two, this year marks a momentous turn for the duo as they celebrate the long awaited release of their debut album ‘Terrain’. This powerful release will open more doors for the musicians as they are about to rightfully receive the break they deserve. A band who are on the edge of stealing Don Cab’s fanbase.

On Feburary 26th, this flawless and fun debut was unleashed to the world, you can find the 9 track record streaming in full below.

To coincide with the release we had the pleasure in chatting to Howard to find out more about the duo’s inspiration, the recording process, funding the release, live shows and more. 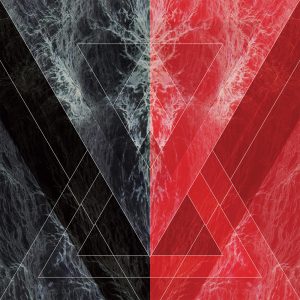 Firstly thank you for spending time with us. Before we get to the details of your debut album release ‘Terrain’ we want to get to know more on you- Introduce yourselves- your role within The Broken Oak Duet and how long have you been creating music?

No, thank you for having us! I’m Howard – I play drums in The Broken Oak Duet. I’ve been making music for about 17 years now in various different bands and solo projects – that makes me feel pretty old. Thanks for that.

What’s the story behind the formation of the Broken Oak Duet?

Tom and I used to both play guitar in a band called Che. Tom had treated himself to a baritone guitar shortly before we went our separate ways. Tom and I got together with all the gear we owned/borrowed and played around to see how full a sound we could create. Going from writing for a 5-piece band to a duo was a completely different kettle of fish, of course. We had a lot of fun and that became The Broken Oak Duet.

When you both sat down and the Oak was born, what did you originally want the band to convey and do you think you’ve achieved this?

We didn’t intentionally start a band really. We just wanted to have a bit of fun challenging ourselves writing with instrumentational restrictions, and it soon made us think that other people might like what we were creating. We played the odd local show and had a good response, so we tried a bit harder. I guess we’ve always wanted it to be laid back, fun and want to use it as a bit of an escape from normality.

What are your collective influences that you’ve portrayed within the style of your music?

It’s surprisingly difficult to acknowledge which of our influences directly affect our sound. We both have diverse collections (doesn’t everyone nowadays?). As for the relevant influences to our sound, I’d hazard a guess that Tom’s range from more classic rock/metal (Dream Theater, Metallica, Motley Crue) to a variety of more ‘modern rock’ (Deftones, Glassjaw, At The Drive-In), and mine cover more noise rock (The Jesus Lizard, Shellac, Fugazi) and electronica (Clark, Aphex Twin, Venetian Snares). Put all that together and we somehow end up where we are.

It’s funny how you hear teenage influences in our sound at times. I remember hearing Roger the Optometrist recently and it reminded me of Watershed by Foo Fighters. I like this unintentional seepage of influences. I should probably think of a better word than seepage.

Casting back to when you were creating the record (it feels like a long time coming), enlighten us on your writing process and how you utilise your workmanship, what roles within material making did you both take?

Well, the album is more of a compilation of our live set. This is a live project that never intended to record. Eventually we cracked. As for our writing process, it’s pretty nuts. We just sing ideas at each other like crazy people – like little jingle ideas for a TV show. Then we just find ways of linking them together and taking the song on a bit of a rollercoaster ride that tends to end up back at the beginning. If we get the itch to put a bit of ‘math’ in there, we try to ensure people can still nod to it. I’m not a huge fan of music I can’t nod to. How old am I?

Tell us about the recording process and how you’ve managed to get to the point of this breakthrough debut.

When we eventually warmed to the idea of recording, we met up with my good friend Dave Draper and discussed the best way to go about it. It was really easy going and quick – I think we did it in one weekend. There wasn’t a lot to it really. Obviously, Dave is renowned for making things sound colossal so it was a marriage made in heaven really.

As we weren’t entirely sure how well the recording was going to come out, we didn’t know what we’d do with it. Without meaning to show off, as the result was so good, we decided to start a Kickstarter campaign to get it pressed on vinyl. We didn’t think we had that much of a fan base, so we were utterly overwhelmed when we exceeded our target (which was a good job as we’d overlooked certain additional costs involved in pressing vinyl!). Getting our own coffee made was a crazy idea of mine that I didn’t really think would actually happen, but once Peter James at James Gourmet Coffee expressed an interest, there was no question.

Tell us about your song titles and the name of the album, where have these come from?

Well, the three tracks that were on the original EP were named after fictional characters we created. No real reason other than not wanting to try and come up with funny titles or use numbers/letters to represent the songs. Once we’d decided to make an album, we didn’t really think we could keep that up, so we tried to come up with titles that actually sound a bit like the songs (‘March’ sounds like a marching song, ‘Chase Scene’ like a chase scene in a film, etc.). I came up with the idea of ‘Terrain’. We’ve both been playing for many years, covering a lot of ground and styles (Terrain, if you will), so yeah.

What does the final finished album mean to you and what do you feel it captures?

The album means so flippin’ much to us both. It’s ridiculous that this project has resulted in such a mighty fine slab of vinyl. Look at it! We can’t take any credit for that though; Andrew Porter, Dave Draper and Neil Collins need all that credit. I think they’ve all helped us capture the energy of our live show.

You successfully created a pledge campaign to back the album release on vinyl, the total needed was smashed in the time limit, how did this feel knowing you have these fans waiting to hear and own Terrain?

Unreal. What was that all about?! We’re forever indebted to these people. We love you.

Why was vinyl the right format to release the record on?

I’ve been collecting vinyl for a good 13 or so, and there’s so much more magic to both the audio spectrum and the physical medium that it had to be done. CDs are dying and digital audio is too disposable/skippable.

With the pledge campaign you offered incentives and extra goodies for pledgers to purchase and to make it different you also teamed up with Local coffee company to produce a special BOD blend, how did this come about?

I emailed Peter James with our intentions and wondered if he’d be interested to create a speciality coffee blend for us. I can’t believe he said yes. He’s a busy man, but adventurous too! I went over with my friend and coffee-head Chris Pettifer where we had a cupping session (no laughing), also known as a tasting session, and it all grew from there. We even played a gig in his roastery!

Are you currently supporting the release with any live shows? (If not do you have any planned)

We wish the best from the debut release but for now enlighten us to what can we look forward to from you in the future?

I’m a little nervous, if I’m honest! We’ve got a lot of expectation to live up to. Shall we go gabba? No, but seriously, we just want to get out there and play to people. Offer us a gig, yeah?

We love you folks at Circuit Sweet. You’ve been so good to us. Thank you x

Thank you so much for your time with Circuit Sweet. We wish you all the best with the album release, the live shows/ tour and hope you enjoy the endless opportunities that will soon be coming your way! 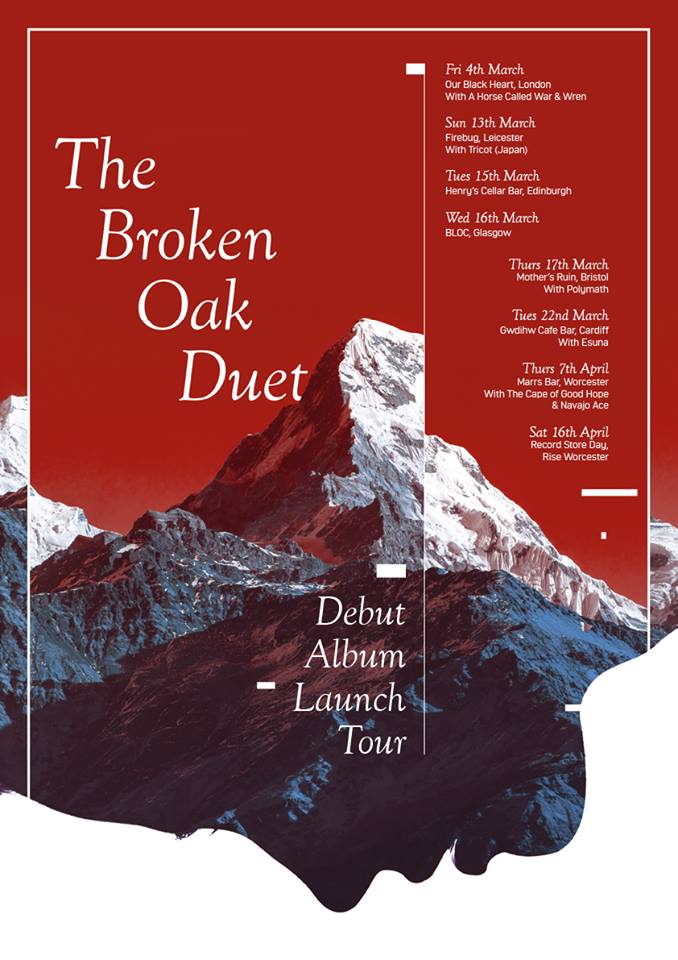 The Broken Oak Duet ‘Terrain’  is out now and available to download and available as a physical purchase via the band’s bandcamp. We urge you to get behind this band!