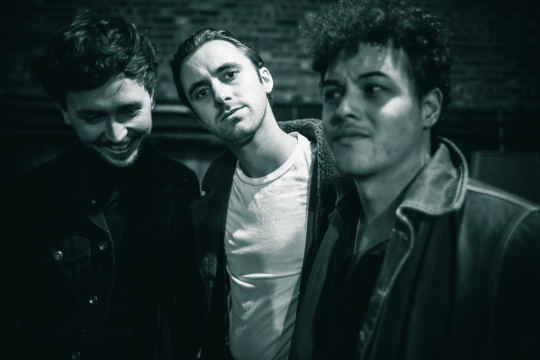 Garage rock/punk trio The Bay Rays have announced the forthcoming release of their debut single Four Walls. The Kent outfit’s frenetic blend of rock n’ roll is the ideal introduction to the band and arrives just months after their formation and subsequent support slot with Slaves.

Comprising of Harry Nicoll (vocals/guitar), Maxwell Oakley (drums) and Anthus Davis (bass), the band have been hard at work in the studio with Jolyon Thomas (Slaves, Daughter, Willie J Healy) with Four Walls the first track taken from these sessions. With a host of tour dates lined up over the next few months, culminating with a Huw Stephens Presents show at The Social, London in May, the garage rockers are unlikely to be under the radar for too much longer.

The Bay Rays’ Four Walls will be released via the band’s own label East Wing Records.