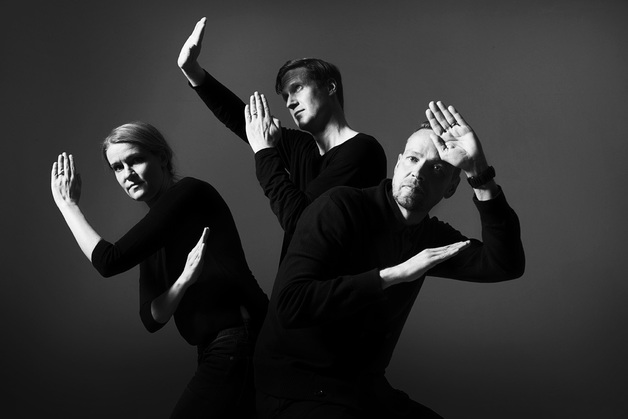 RED SLEEPING BEAUTY
Announce first new album in 19 years!
Kristina is due out 17 June on Labrador/Shelflife

2016 is a big year for Swedish indiepop legends Red Sleeping Beauty. They’ll not only perform their first live concert in 19 years but more importantly they will release their first album in 19 years (Kristina – due out on 17 June). To celebrate, Labrador Records will release the band’s new smash hit single “Mi Amor” b/w “Breaking Up Is Easy (Invisible Twin remix)” on Friday, 25 March.

“Mi Amor“, which was premiered today via The Line of Best Fit, is the band’s first ever song with a chorus sung entirely in Spanish. “I knew I wanted the song to be called “Mi Amor.” A quick Google search made it clear that ‘tu calor’ is the standard rhyme in most Spanish songs. For the words in-between, we got help from Spanish speaking friends,” says Niklas Angergård. The song is a sad tale about a long distance Swedish/Spanish relationship presented in an exquisite mix of analogue synthesizers and Calypso guitars. “For the chorus, we pictured ourselves representing Spain in the 1968 Eurovision finals,” adds Mikael Matsson.

The single is taken from their new album Kristina which will be released in the summer on Labrador Records. .

Red Sleeping Beauty was formed in Stockholm in 1989 by singer Kristina Borg, singer/guitarist Niklas Angergård (Acid House Kings), guitarist Mikael Matsson (The Shermans), and bassist Carl-Johan Näsström. They made a huge impact on the international indiepop scene with two fantastic albums and a series of singles and EPs. Their first release was in 1992 with EP Pop Sounds (Marsh Marigold), followed by four 7″s all on different pop labels (Somersault, Motorway, Grimsey, and Sunday) before returning to Marsh-Marigold for the first full length Bedroom. They then signed to the legendary Siesta Records to release their fifth single Sick & Tired, their second album Soundtrack, and a compilation of singles before going on a 19 year hiatus.