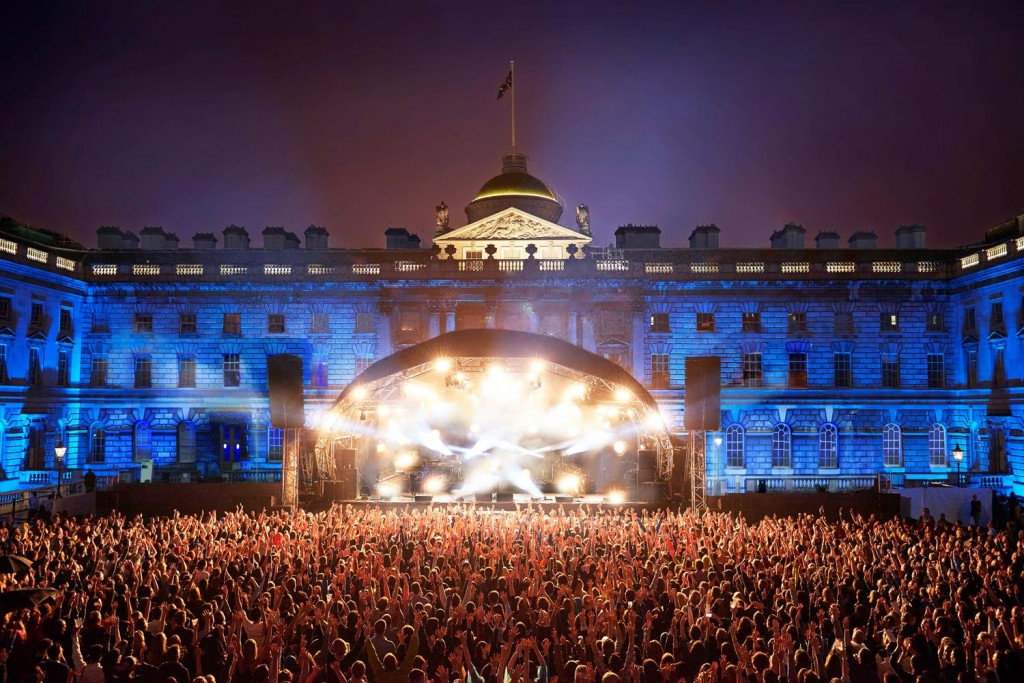 Following the success of the sold out festival last year, Summer Series at Somerset House with American Express returns this year for 11 nights from 7 – 17 July 2016.

London’s intimate live music festival, set in the picturesque courtyard of Somerset House, will play host to an eclectic and world-class array of headline artists alongside a selection of hotly-tipped emerging acts.

Grammy Award-nominated Hiatus Kaiyote will open the Summer Series with their multi-dimensional polyrhythmic cinematic sound from Australia. The festival brings an array of global acts to London, featuring French musician St Germain and Italian-English singer-songwriter Jack Savoretti. Joining the diverse festival line-up this year are Mercury Prize-winning Benjamin Clementine, duo Paul Heaton and Jacqui Abbott, Everything Everything and Caravan Palace. Last but not least, James Morrison, Courtney Barnett and Laura Mvula will join the line-up to deliver a festival to remember.

The festival will close proceedings with a unique, one-off performance from UNKLE: REDUX. James Lavelle will collaborate with Philip Sheppard to perform an unforgettable finale set against the iconic visuals from Stanley Kubrick.

Year on year Somerset House continues to provide unparalleled programmes, with carefully curated line-ups that celebrate the finest talents on offer. This year’s impeccable line-up further cements Summer Series at Somerset House as one of the must-see festivals for any discerning music fan in London.